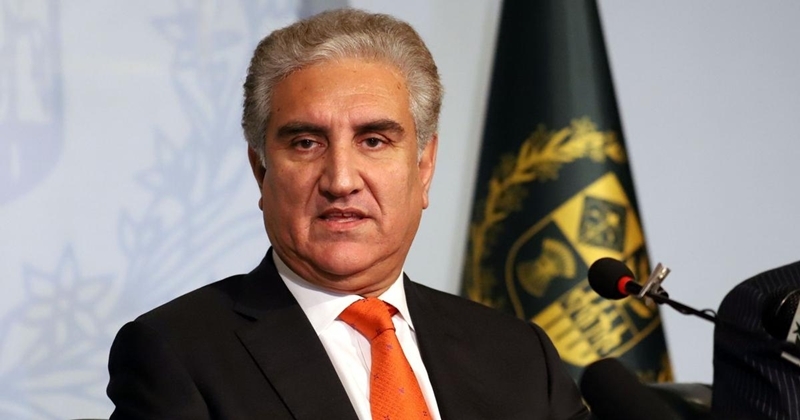 Pakistan on Sunday unveiled a dossier, claiming it contained details of the alleged human rights violations committed by the Indian authorities in Kashmir.

“We decided that we should play our role and unveil the real face of this (India) government claiming to be the world’s largest democracy,” he said, adding the dossier will be shared with the UN and the rest of the international community.

India has repeatedly told Pakistan J&K “was, is and shall forever” remain an integral part of the country. It also advised Pakistan to accept the reality and stop all anti-India propaganda. 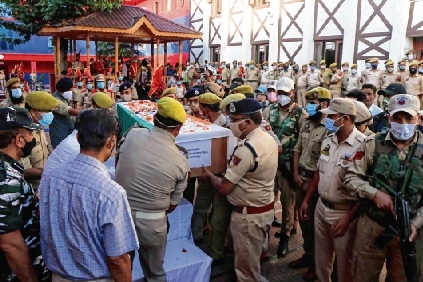 A police officer was shot dead from point-blank range by a militant in the Khanyar locality of Srinagar on Sunday, officials said.

They said the militant fired at the officer and injured him. He was rushed to SKIMS in Soura but succumbed. The incident took place at 1.35 pm, the officials said.

The CCTV footage of the incident shows a militant shooting the officer at least twice from behind from point-blank range at a marketplace in Khanyar, they said.

The officials said the area has been cordoned off and a hunt launched to nab the attacker.

Security forces to have training module on Taliban

Border forces and armed police units deployed in the counter-terrorism grid have been directed by the central security establishment to prepare and administer a new training module on the Taliban and its modus operandi to the troops in view of the "emerging" scenario following the Islamic militia taking over Afghanistan.

Stating the fall of Kabul may have a “serious bearing” on the security situation in India, the ground forces and their intelligence setup have been asked to update both their strategy, tactics and combat syllabus on the new "geo-political situation in central and south Asia and its grave security implication on India's borders and the hinterland."

The recent directive by security establishment envisages a scenario where infiltration from across the border from Pak on India’s west and illegal entry of terror operatives from open fronts in the east may increase including that by foreign terrorist fighters.

An unidentified mi­li­tant was killed in an enco­u­n­ter with security forces on Sunday following a search op­e­ration in the upper reaches of J&K’s Ra­jouri. The encounter started when terrorists opened fire on a joint search party of the Army and police in the forest area of Dori Maal near Ba­r­o­te Gali in Manja­kote. The encounter was still going on when last reports we­re received, officials said, adding, the search opera­tion was launch­ed and in Thanamandi in the early hours of Sunday after intelli­gence inputs suggested movement by a fresh group of terrorists.