Pak-backed terror organisations planning to carry out attacks on temples in Jammu, security beefed up: Report 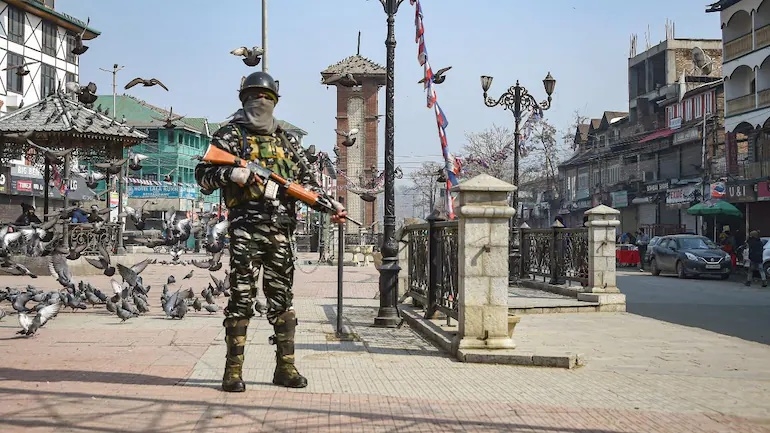 Days after the drone attack at the Jammu air base, intelligence agencies have now suggested that Pakistan-backed terror organisations Jaish-e-Mohammed and Lashkar-e-Taiba are planning to carry out attacks on temples, reported India Today.

According to the report, in order to spark communal tensions, the terror organisations may attempt to target temples in Jammu on August 5, the second anniversary of abrogation of Article 370, and Independence Day on August 15.

Security officials told India Today that the security has been beefed up across the city. The report suggests that the terror organisations are looking to plant explosives at crowded places near temples in Jammu.

Meanwhile, Jammu and Kashmir police on Friday informed that suspected drones were spotted at three different places in the Samba district.

"Some unidentified lights were seen in the sky near the international border in the Samba sector. Few rounds were fired on it and the lights disappeared," Senior Superintendent of Police (SSP) Samba Rajesh Sharma told news agency ANI.

Earlier on July 16, a drone that was operating around the Jammu Air Base was picked up by the radars of the anti-drone system deployed by the National Security Guard (NSG) there.

After the Jammu attack, the number of drone sightings has gone up drastically and there have been several instances where the Army and Border Security Forces (BSF) troops at the border have fired at them.