Amid protest by opposition members over the Pegasus spying row and farmers' issue, the Lok Sabha was adjourned multiple times on Wednesday
PTI 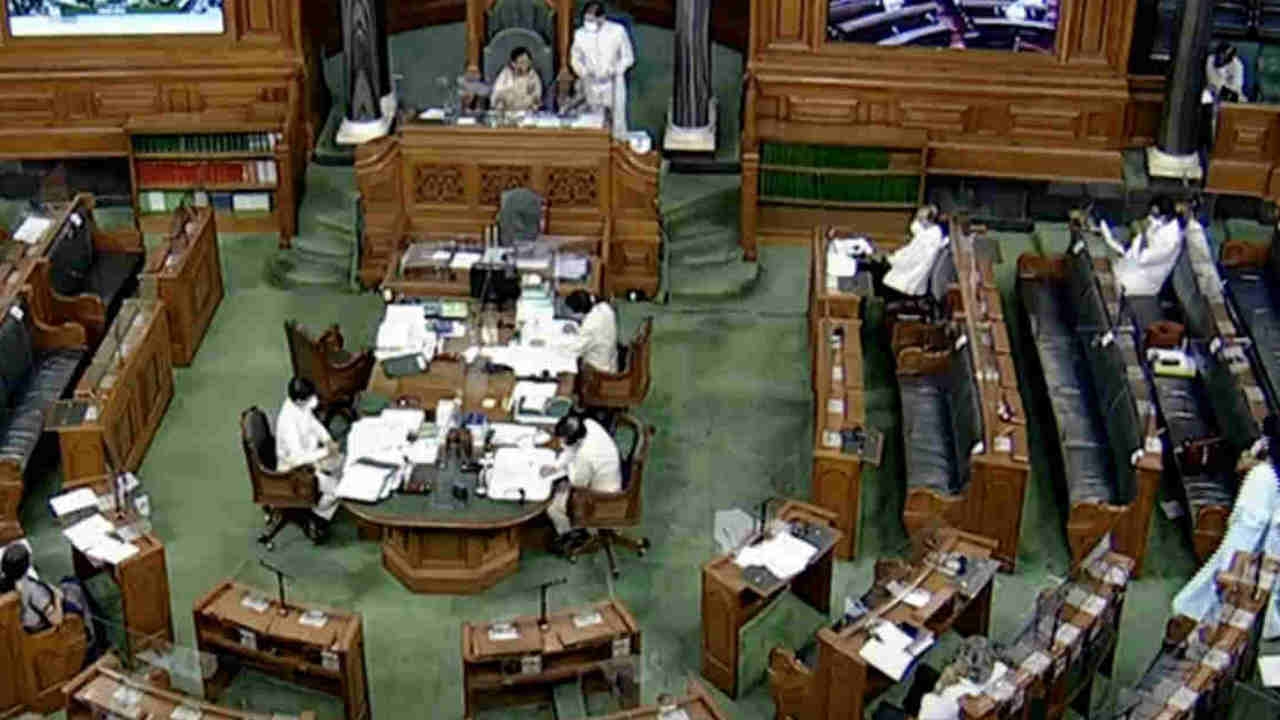 New Delhi: The BJP on Tuesday hit out at the opposition parties for creating ruckus in the Lok Sabha and throwing papers at the Chair, saying they have shamed the world's largest democracy and damaged the dignity of Parliament.

Amid protest by opposition members over the Pegasus spying row and farmers' issue, the Lok Sabha was adjourned multiple times on Wednesday.

The House witnessed unruly scenes when and Congress Left members threw papers and torn placards at the Chair and Treasury benches. A placard thrown by an MP fell in the press gallery.

Opposition MPs trooped into the Well of the House, raising slogans and holding placards against the government over the Pegasus and farmers' issues.

"There is a way to protest. But today, the opposition has damaged the dignity and decorum of the temple of our democracy," Union Minister Anurag Thakur told reporters outside the parliament building.

He further said the opposition MPs have "ashamed the world's largest democracy by their condemnable actions".

Alleging that the opposition is running away from debate, the BJP leader sought to know why the opposition "doesn't want issues to be discussed in parliament.

The House has witnessed repeated disruptions and adjournments since the beginning of the session.