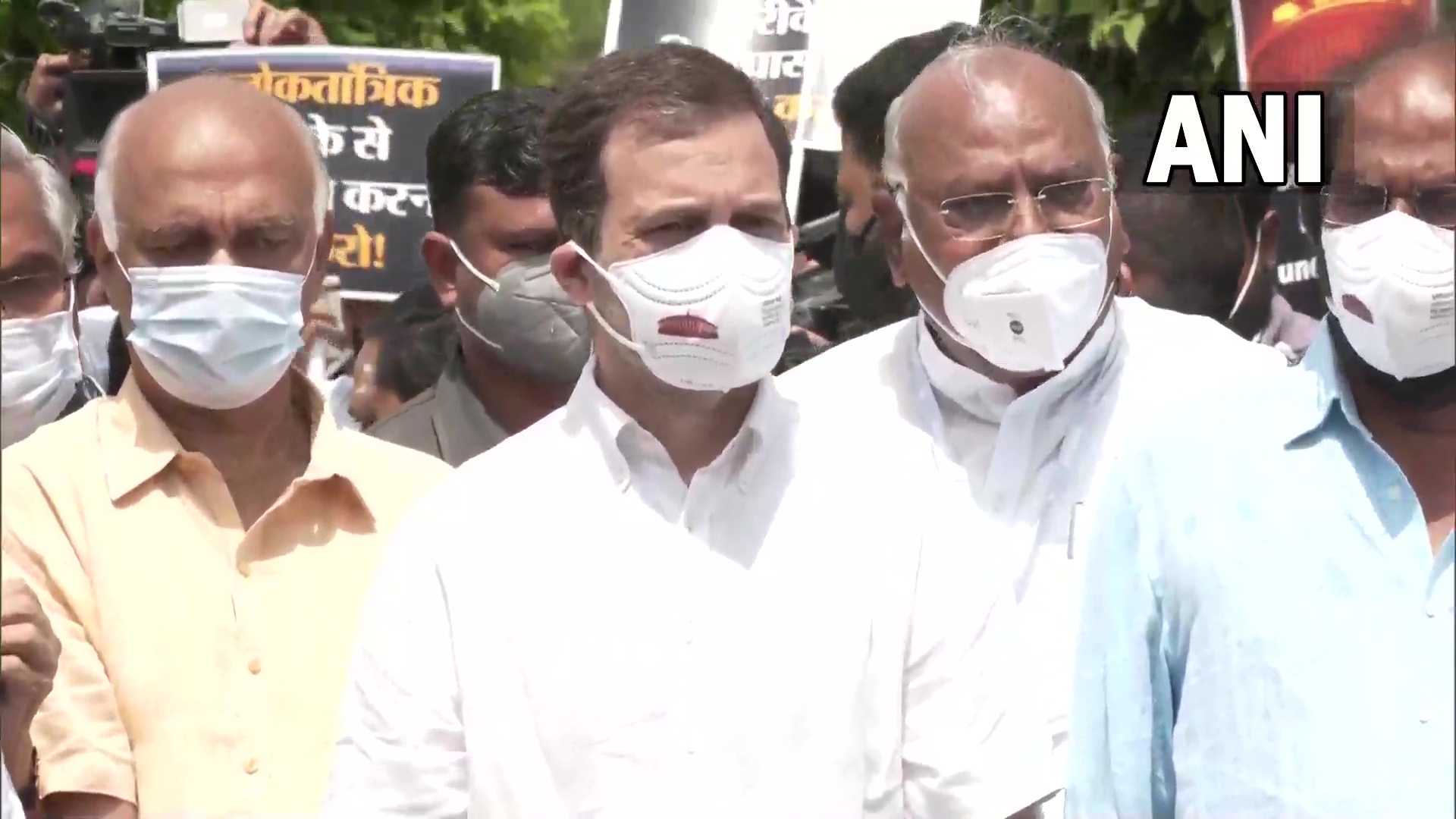 Leaders of several Opposition parties on Thursday held a protest march outside the parliament building against the government on several issues, including Pegasus and alleged manhandling of their MPs in Rajya Sabha, with Congress leader Rahul Gandhi saying the voice of people was "crushed" in the House.

The protest comes a day after the passage of bills in Rajya Sabha amid charges of manhandling of opposition leaders. The protesting MPs carried placards and banners against the government that read 'Stop murder of democracy' and 'we demand Repeal of anti farmers laws'.

Top leaders of several opposition parties met in the chamber of Leader of Opposition in the Rajya Sabha Mallikarjun Kharge and then walked in protest from Parliament House to Vijay Chowk.

While speaking about abrupt end to the monsoon session of the Lok Sabha and Rajya Sabha, Rahul Gandhi said the Opposition was not allowed to speak inside Parliament and "this is nothing short of murder of democracy".

"Today we had to come out here to speak to you (the media) as we are not allowed to speak inside Parliament. This is the murder of democracy," Rahul Gandhi said.

Shiv Sena MP Sanjay Raut joined the Opposition attack and said, "The Opposition didn't get a chance to present their views in Parliament. Yesterday's incident against women MPs was against democracy. It felt like we were standing at the Pakistan border."

Meanwhile, Congress MP Shashi Tharoor said that the Central government doesn't want to run the Parliament proceedings properly and it is passing laws without discussions.

"Centre doesn't want to run the Parliament proceedings properly. Government is passing laws without discussions. There should be a discussion on COVID-19 vaccination, current economic situation, unemployment, farm laws but government is running away," Shashi Tharoor said.

The Parliament was adjourned sine die on Wednesday, two days before the scheduled conclusion.

During the recently-concluded monsoon session of Parliament, the Opposition forced adjournments in both Lok Sabha and Rajya Sabha over their twin demands including repeal of three farm laws and probe into allegations of surveillance using Pegasus spyware.