One who doesn't fight injustice in country will be judged coward: Priyanka Gandhi Vadra

At the Bharat Bachao Rally (Save India Rally), she said, "One who doesn't fight against injustice in country will be judged as a coward.
ANI 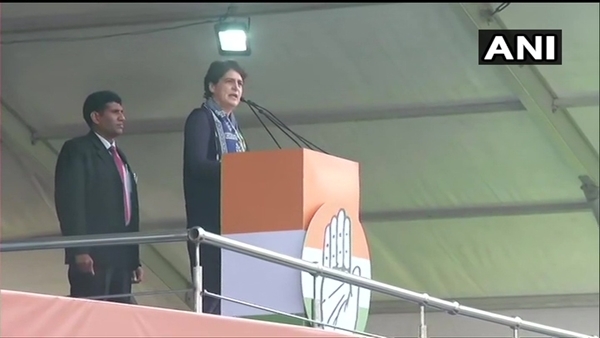 New Delhi: One who doesn't fight against injustice in the country will be judged as a coward in the history, said Congress leader Priyanka Gandhi Vadra on Saturday while speaking on crimes against women.

The party general secretary spoke about her meeting with the kin of a rape victim from Unnao who had died after being set ablaze by the accused, while she was on her way to court for hearing in the rape case.

"Some days back I went to a farmer' house in Awadh. He had five daughters and one son... One of the daughters was raped and accused was son of the village headman and police denied to register a report. But she did not lose courage...

One day, she was going to court when the accused set her on fire. She ran for one kilometre but fell on the ground later," Priyanka said while speaking at the 'Bharat Bachao' rally.

"That farmer started crying when I went to his house. He reminded me of my father (Rajiv Gandhi) who lost his life when I was 19-year-old... It is our moral duty to save this country from oppression", Priyanka added.

She further called upon Congress workers to join her in the 'fight against injustice' and said, "Today everywhere is an injustice. The accused are being saved after committing a crime against women.

Loans of big industrials are waived and poor people are made to face problem... One who doesn't fight against injustice in the country will be judged as a coward in the history".

Hitting out at BJP-led government, the Congress leader underlined that the Indian economy had grown at a rapid pace during the UPA regime.

"India emerged from a freedom struggle. The country defeated the biggest empire through non-violence and peace. This is a country of brotherhood...Some years back, our country's economy was growing at a rapid pace," she said.

Senior Congress leader Priyanka also criticised the government on the employment issue and said that the country was witnessing unprecedented inflation.

"Foreign investment was coming to India and our industries became strong and employment was generated through MNREGA. After six years of the BJP government, the employment generation is witnessing a downward trend. There is inflation like never before. Factories are shutting down," the party general secretary said.

Priyanka also took a jibe at BJP's campaign of 'Modi hai toh mumkin hai' and said that onion is being sold at Rs 100 per kilogram because of the Central government's policies.

"At every bus stop and advertisement in newspapers, there is 'Modi hai to mumkin hai' posters. But the reality is if BJP is there then onion prices are at Rs 100 per kilogram and unemployment is at an all-time high in 45 years and 4 crore people have already lost jobs and 15,000 farmers committed suicide. Laws are being enacted due to which the Constitution is in danger," he said. 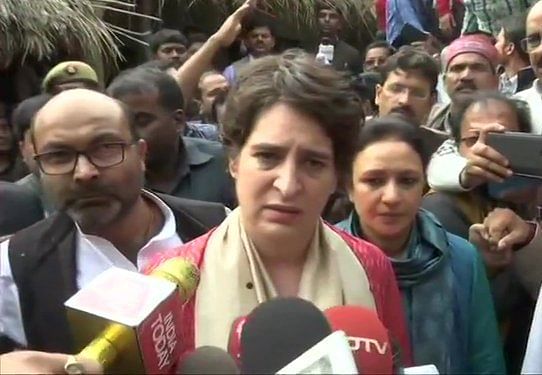