'One corrupt CM has gone, whoever replaces him would also be corrupt': Karnataka Congress leader Siddaramaiah after BS Yediyurappa's resignation 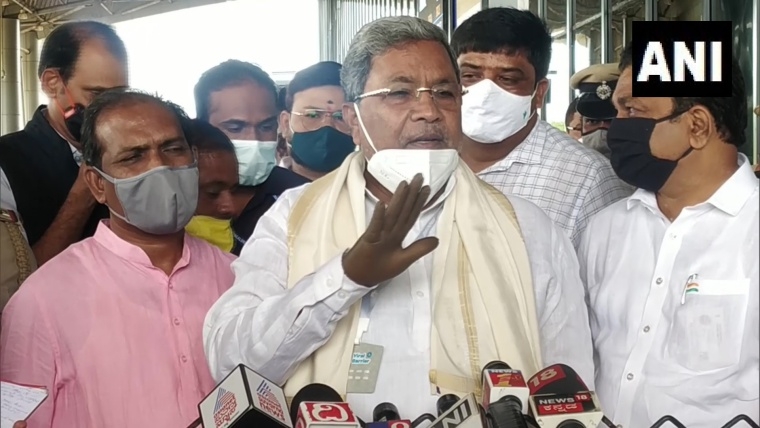 Commenting on announcement of chief minister BS Yediyurappa's resignation, Karnataka Congress leader Siddaramaiah said that nothing good will happen in the state even after Yediyurappa's departure. Ending days of speculations, Karnataka Chief Minister B S Yediyurappa on Monday afternoon handed over his resignation to Governor Thawar Chand Gehlot. After stepping out from a meeting with the Governor, he said that nobody pressurised him to resign.

Siddaramaiah however hasn't seen the CM's resignation as an end of Bharatiya Janata Party's rule in the state. The senior Congress leader said that BJP will still be present in the state after Yediyurappa's resignation. He further said, "One corrupt CM has gone, whoever replaces him would also be corrupt."

He went on to say that BJP should quit because they can't work for welfare of Karnataka.

Siddaramaiah, earlier in the day also, said "There is no benefit for the common man if one corrupt CM is removed to make another corrupt as CM. Instead the whole BJP party, which is responsible for the miseries of people, should be ousted."

The Leader of the Opposition two days ago clarified that there is no re-entry for defectors back to the Congress. “I have already clarified on it in the Legislature party meeting, and I am committed to keeping my word. Congress leader Rahul Gandhi has given instructions to replace the corrupt government in Karnataka. I had spoken on change in leadership in Karnataka four months ago. I had credible information on the exit of the CM. However, I do not know, who will replace B S Yediyurappa." he had said.

Nothing good will happen in Karnataka even after Yediyurappa's departure. BJP will still be present in the state. One corrupt CM has gone, whoever replaces him would also be corrupt. BJP should quit because they can't work for welfare of the state: Congress leader Siddaramaiah pic.twitter.com/Y5BwB1kIEa

"Dictating Yediyurappa to tender his resignation makes him PM's latest victim and member of the 'forced retirement club'. We now know that Delhi's autocracy decides CMs and not the will of BJP's MLAs," tweeted Randeep Singh Surjewala, the Congress National General Secretary and Karnataka state unit in-charge.

While Congress is emphasising on efforts to bring back its power in state, Randeep Singh Surjewala said that Siddaramaiah and DK Shivakumar will work together but neither will be projected as a Chief Ministerial candidate. The decision has come after an internal fighting between their two camps erupted over who would be the leader. Even though Siddaramaiah, a former Chief Minster, has denied any tussle within the party, supporters of both camps have in recent weeks been publicly backing their respective leaders for the top post in the state. 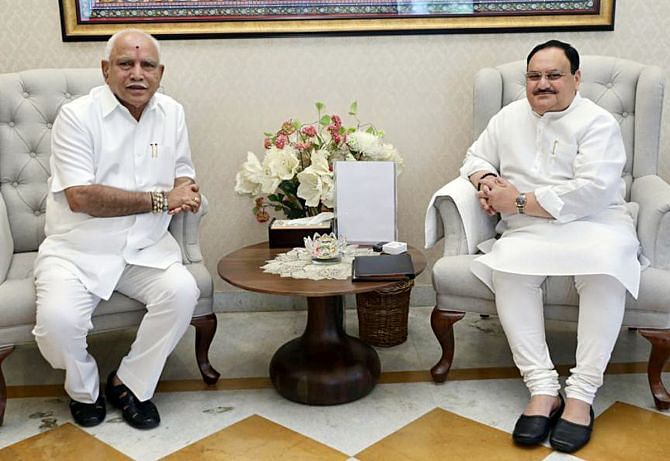