'On May 2, hold me to my last tweet': Prashant Kishor reiterates position on West Bengal polls, confident of TMC win 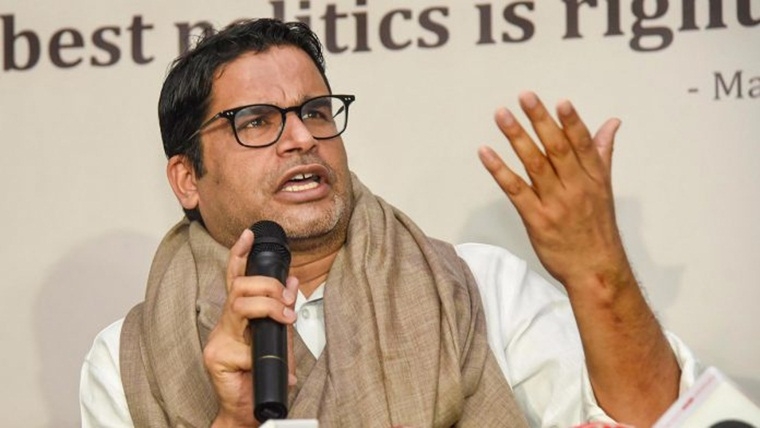 Chief Election Commissioner Sunil Arora announced on Friday that elections for the West Bengal assembly will be held in eight phases, up from seven last time, beginning with polling for 30 seats on March 27. Votes will be counted on May 2. And even as Chief Minister Mamata Banerjee and many others fume over the lengthy schedule, BJP leader Dilip Ghosh insists that it is the BJP that will form the government with 200 seats in West Bengal.

As the West Bengal Assembly elections draw closer, each party and coalition has spoken up with seeming conviction about it's imminent victory. And while this may be mere political posturing for some, political strategist Prashant Kishor is certain that the ruling Trinamool Congress will once again emerge victorious.

In a tweet shared the day after the Election Commission of India declared an multi-phased election for West Bengal, Kishor called it "one of the key battles for democracy in India". The people of Bengal are ready with their message and determined to show the right card," he tweeted.

In a post script to the tweet, the analyst who has been appointed as an advisor of the TMC for the polls reiterated his earlier predictions. "On 2nd May, hold me to my last tweet," he urged.

Kishor's remarks are a nod to his December 2020 prediction that the BJP would struggle to get a large number of seats in the state.

"For all the hype amplified by a section of supportive media, in reality BJP will struggle to cross double digits in West Bengal," he had assured.

At the time, he had urged people to save his tweet and hold it against him if the BJP did better than he was anticipating.

"If BJP does any better I must quit this space!" he had said.