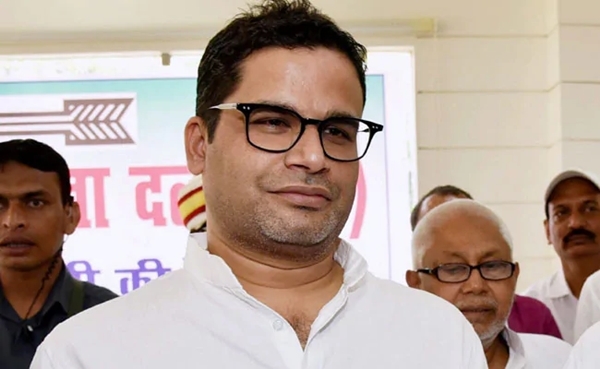 New Delhi: Poll strategist Prashant Kishor on Tuesday asked Rahul Gandhi to impress upon the Congress to "officially" announce that the Citizenship Amendment Act (CAA) and the National Register of Citizens (NRC) will not be implemented in the states ruled by the party.

Kishor, the vice president of BJP-ally JDU, also thanked the former Congress president for joining the "citizens' movement" against CAA and NRC, a reference to Congress' sit-in protest at Raj Ghat on Monday. "Thanks Rahul Gandhi for joining citizens' movement against the CAA and NRC. But as you know, beyond public protests, we also need states to say NO to NRC to stop it.

We hope you will impress upon the CP (Congress Party) to OFFICIALLY announce that there will be No NRC in the Congress-ruled states," Kishor tweeted.

"Rather than trying to inform me what Congress Chief Ministers have said, please share the OFFICIAL statement of the Congress President announcing that there will NO NRC in Congress-ruled states," he added.

Kishor exuded confidence that the NRC, which Home Minister Amit Shah promised in Parliament, can be stopped if the states refuse to implement it. " I am sorry voting against CAB didn't stop it, states saying NO to NRC will. So don't get confused," the JDU leader said.

Kishor has been staunchly opposing the CAA even before it was introduced in Parliament and even went on to offer his resignation as the JDU functionary over differences with the party on the issue.

On Sunday, he suggested that the protests against CAA and NRC should be carried out peacefully across the nation and urged the protesters to ensure that non-BJP chief ministers in the country refuse to carry out NRC in their jurisdiction.

Many non-BJP parties ruled states including Kerala, Punjab, Chhattisgarh, Bihar and Rajasthan have vowed not to implement the NRC in their states.