There has also been an increase in the number of terrorists and more than 200 are trying to infiltrate into the country before heavy snowfall.

Sources from intelligence agencies said that in the last few days, there has been a stir in the terrorist training camps and launch pads present in POK. Terrorists involved with Lashkar-e-Taiba (LeT) and Jaish-e-Mohammed (JeM) are hatching major infiltration plans in India.

According to sources, training camps of such organisations across the border have increased by 50 per cent. There has also been an increase in the number of terrorists and more than 200 are trying to infiltrate into the country before heavy snowfall. 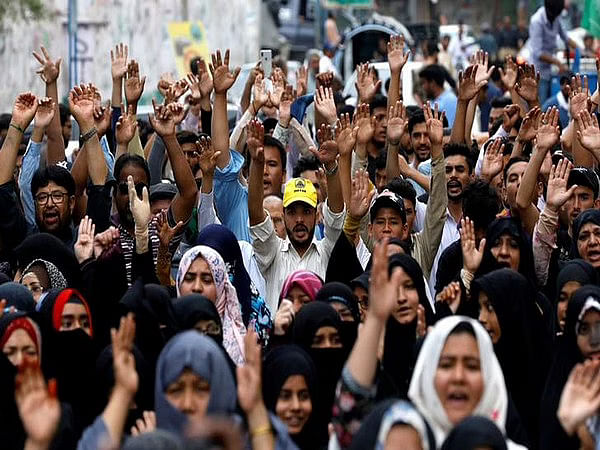 According to the information, terrorist camps and launch pads have been shifted to many places in the vicinity of the border. Houses along the other side of the border are used as bases for operations.

Apart from this, terrorists are also searching for new routes to infiltrate Indian territory.

The training camps of LeT, JeM and Harkat-ul-Mujahideen (HuM) in Muzaffarabad, Kotli, Mansehra, Bimber etc. of POK have started working actively. There are more than 20 launch pads in POK, where there has been a sudden increase in the number of terrorists. Both Pakistan's army and Inter-Services Intelligence (ISI) are providing help to them, sources said, adding that ISI is conspiring to infiltrate terrorists into India through POK.

Within the last few days, more than 100 terrorists have reached the launch pads across the border in Machil, Keran and Gurez sectors of Jammu and Kashmir.

With Pakistan removed from the list, security forces on the International Border (IB) and Line of Control (LoC) have increased their vigilance. Under the cover of dense fog and snowfall, security forces have been instructed to patrol the border with full alertness in anticipation of an increase in infiltration attempts. Sources said that infiltration routes get closed after heavy snowfall, which is why new routes are being searched.

A huge decrease was recorded in infiltration of terrorists in J&K and their funding was also tightened. But now, Pakistan has again been trying to carry out its terror plans.

According to security agencies, in view of the intensified movement by the terrorists in the past one week, it is believed that there may be an increase in incidents like infiltration, terror funding and narco-terrorism.

Union Home Minister Amit Shah recently said that after the abrogation of Article 370, there has been a 34 per cent reduction in terrorist activities and 54 per cent drop in the deaths of security forces.