The population register seeks to create a comprehensive identity database of every "usual resident" of the country.
FPJ Bureau 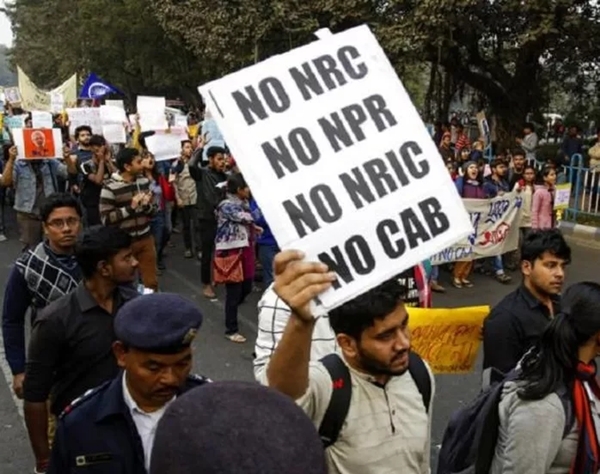 New Delhi : In a move that hints at burial of the controversial pan India National Register of Citizens, the Union Cabinet has instead resurrected the National Population Register, a relic of the UPA regime. The NPR data will be generated by undertaking house-to-house enumeration during the “house-listing” phase of the census, which is held once in 10 years and will be done next in 2021. According to Home minister Amit Shah, there is no link between the NRC and NPR.

The data for NPR was first collected in 2010 during the second term of the United Progressive Alliance government, along with the house-listing phase of Census 2011.

However, in the next phase, the NCP will also ask for information that was not sought earlier: date and place of birth of parents – this is significant when viewed in the backdrop of the proposed nationwide NRC.

I&B Minister Prakash Javadekar said in his press briefing that the NPR was first initiated by the UPA government in 2010 and repeatedly underscored that it should not be confused with the NRC, which requires proofs to establish one’s citizenship.

He stressed that NPR is based on a self-declaration, with "no proof, no papers and no bio-metrics." "There is no need for any proof as we have an implicit faith in people. Whatever you say would be deemed to be correct,’’ Javadekar said while addressing a press briefing.

He repeatedly stressed that NPR should not be seen as the first step towards implementation of the NRC, since it is a voluntary act of citizens that has been already accepted by all states.

He refused to answer whether the NRC, which has created much controversy, came up for discussion in the Cabinet meeting.  Notwithstanding the Union Minister’s stress that NPR requires no proofs, the fact is that both NPR and NRC are linked to the registration of citizen exercise and issue of National Identity Cards Rules 2003.

He avoided mentioning these rules or the amendments carried out in the Citizenship Act in 2003 and kept stressing that the NPR is not compulsory but voluntary.

When a correspondent drew his attention to a government's reply in Parliament on July 23, 2014, that the NRC will be based on the NPR, Javadekar insisted on not creating an unnecessary scare and said people should believe PM Modi when he says the government had not discussed it at any stage.

The fact remains that President Ram Nath Kovind did mention NRC in his address to Parliament and it is always the Union Cabinet that prepares the address.

The fact also remains that NRC figured in the BJP poll manifesto in both 2014 and 2019 Lok Sabha elections. There is no column on the person's religion in a dozen details to be registered in the National Register of Indian citizens.

Critics, however, say once the data is in place, it is not difficult for the government to seek information on religion of the persons thus registered.