In March this year Congress leader Jyotiraditya Scindia turned saffron, leaving his party of many years behind to join the BJP. A close aide of Congress leader Rahul Gandhi, he had said that he was no longer able to serve the people of India from "within this party".

Now, another politician associated with Gandhi has raised quite a furor after removing "INC" from her Twitter bio. 'Rebel' Congress MLA Aditi Singh, who is the MLA from Rae Bareli Sadar in Uttar Pradesh had in the past been linked to Rahul Gandhi -- a rumour that she had responded to by claiming that she was his 'Rakhi sister'. 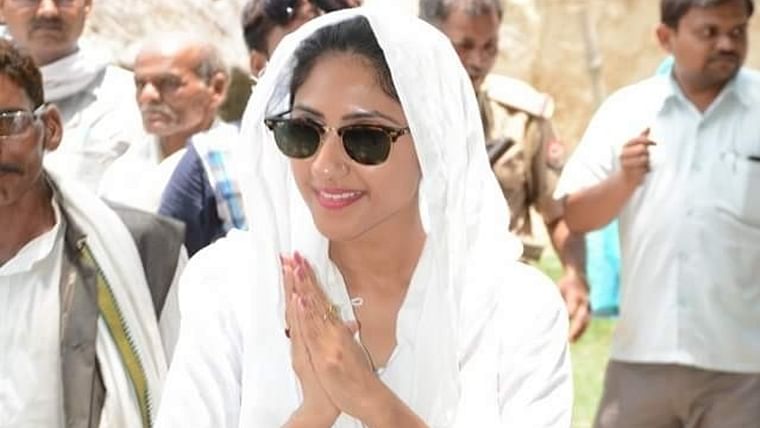 More recently, she hit headlines after defying her party to attend a 36-hour special Vidhan Sabha session in Uttar Pradesh that had been boycotted by all opposition parties. Less than 24 hours later, Singh was given 'Y' category security by the Yogi Adityanath government.

She welcomed the abrogation of Article 370 in Kashmir at a time when the Congress was opposing the move, and has praised Prime Minister Narendra Modi and UP Chief Minister Yogi Adityanath from time to time.

The Congress has already filed a petition seeking her disqualification from the membership of the state assembly for alleged anti-party activities. However, no action has yet been taken on the petition.

More recently, Aditi Singh slammed the Congress for sending buses for migrant workers and appreciated the work being done by the Yogi government for migrants. Speculations are rife that Aditi Singh may soon join the BJP and is likely to be named as the party candidate from Rae Bareli in the 2024 Lok Sabha elections. Many have drawn a parallel with Scindia, who it may be recalled, had also dropped INC from his profile on social media just before switching over to the BJP.

"I am tendering my resignation from the primary membership of the Indian National Congress and as you well know, this is a path that has been drawing itself out over the last year," he had written in a resignation letter to Sonia Gandhi. Perhaps so, but Rahul Gandhi, for whom Scindia was a friend and his Lok Sabha wingman, had claimed that the latter had "kept his ideology in his pocket and joined the RSS".

"He is the only chap in Congress who could walk into my house anytime," Gandhi was quoted as saying by ANI.

Read Also
'He will not get respect in BJP': Rahul Gandhi criticises former friend; says Scindia was 'scared...