Jaunpur (Uttar Pradesh): Uttar Pradesh Chief Minister Yogi Adityanath on Monday took a jibe at the Opposition and said that Bharatiya Janata Party (BJP) is working with the objective of providing equal opportunity to everyone but for the Opposition, it is always 'Mai aur mera khandan' (Me and my family).

Speaking at the inauguration event of various developmental projects in Uttar Pradesh's Jaunpur, the UP CM said, "BJP is working with the objective of 'Sabka Sath, Sabka Vikas' and providing equal opportunity to everyone. Earlier it was 'Mai or mera khandan'. When people of UP were suffering, they (SP and Congress) were organising functions of singing and dancing." "The wait of 500 years ended on Aug 5, 2020, when PM Modi laid the foundation stone of Ram Mandir. Would SP and BSP ever have done so?" he asked.

Yogi Adityanath was on a two-day visit to four districts of the state, including Ayodhya, Varanasi, Ghazipur and Jaunpur.

Yogi asserted that Bharatiya Janata Party (BJP) does not do caste politics and has worked to bring social harmony in society.

Adityanath on Sunday attended the concluding session of the two-day national executive meeting of the Scheduled Caste Morcha at Deendayal Upadhyaya Hastkala Sankul Auditorium, in Varanasi.

Speaking at the occasion, the Chief Minister said, "BJP does not do caste politics. BJP worked to bring social harmony to society. Governments before the BJP did nothing for the Scheduled Castes, Scheduled Tribes, backward class. The BJP government implemented many public welfare schemes realising the dreams of Babasaheb Ambedkar. These schemes brought about a radical change in the standard of living of the underprivileged." 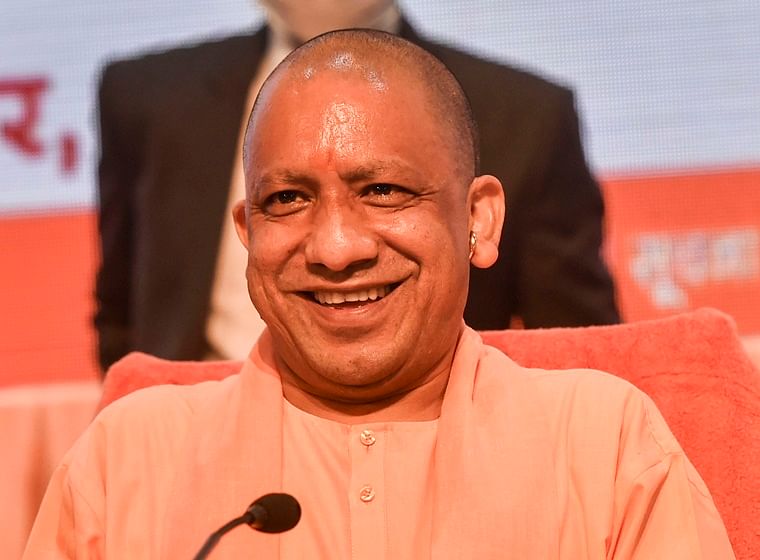 Watch video: In 4.5 years, BJP govt in Uttar Pradesh has achieved a ‘landmark’ in good...