Months after the tragic death of a four-member North Gujarat Patel family in a blizzard on the US-Canada border blew the lid off an international immigration racket, the rescue of six lads from the same region from a sinking boat near the Canada border has thrown new light on a sinister modus operandi.

If the Patel family, which died in January, had got separated from an 11-member group with Canadian tourist visas trying to illegally enter the US, these six youngsters between 19 and 21 years had bribed their way to a high IELTS score to secure admission in Canadian colleges on student visas to fraudulently migrate to the US.

The boys – four of them from Mehsana and two from Gandhinagar and Patan in North Gujarat – were in March rescued from a sinking boat on the river Saint Regis in Akwesasne in the US close to the Canada border when they were trying to illegally enter America. That they had managed a fake high score of 6.5 to 7 of the International English Language Testing System (IELTS) came to light recently after they were produced before a US court and could not communicate with the judge in English. A Hindi interpreter’s services had to be taken to talk to them.

According to Inspector Bhavesh Rathod of the Mehsana Police’ Special Operations Group (SOG), which took up the probe into this as part of their investigations in the immigration racket following a request by the US authorities, at least 950 such youngsters from the North Gujarat region had managed fake IELTS certificates by paying huge sum ranging from Rs 10 lakh to Rs 15 lakh to various agencies that conduct these English proficiency exams.

In the case of four of these six boys, who appeared for the IELTS test at an exam centre in Navsari in South Gujarat on September 25 last year, the manager of the banquet hall where it was conducted told the police that the CCTV cameras there were switched off by the supervisors when the test started. The youngsters then reached Canada on March 19 on student visas, two weeks ahead of their arrests. It was the same story with the two others who appeared at another exam centre.

According to the Mehsana police, switching off the CCTV cameras itself raised their suspicion. The four students are Dhruv Patel, Neel Patel, Urvish Patel and Savan Patel from Mehsana in North Gujarat.

Rathod said further investigations revealed that even bright students could not manage a band of 5 to 6 in the IELTS score, while these six and many others bribed their way to get 6.5 to 7.

The Mehsana police began a probe in this after an email from the criminal fraud investigation unit of the US Consulate General in Mumbai. The police said the agency, which conducted these exams, was traced to Sabarmati area in Ahmedabad and their representatives had been summoned for questioning.

Clearing the IELTS with a good score, an internationally standardized English proficiency test, is a prerequisite for admission to colleges in several western countries.

Police investigations have revealed that at least 950 students, who appeared in this test in exam centres in Navsari, Ahmedabad, Vadodara, Nadiad, Anand and Rajkot, are learnt to have managed high scores by paying anywhere between Rs 10 lakh and Rs 14 lakh to the agents. 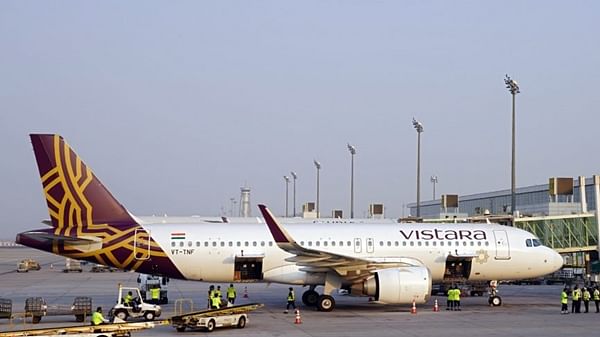