'No religious procession should be taken out without due permission in UP': Yogi Adityanath

Lucknow: Amidst the hue & cry over use of loudspeakers for ‘azaan’ and incidents of violence during religious processions, Chief Minister of Uttar Pradesh Yogi Adityanath has announced a standard operating procedure.

He has directed that no religious procession can be taken out without prior permission from the administration. Organisers will have to state on affidavit that they will maintain peace and harmony before permission is given. Also, only traditional festivities will be allowed and new events will not be given permission, a tweet from the chief minister’s official account said.

Besides, the state government would not allow use of loudspeaker for any new function or procession. Those already using loudspeakers can continue with the activity, only after ensuring the volume does not disturb anyone, the statement said. Religious programmes can happen only at designated spots and road routes and traffic will not be blocked, it added.

Stating that everyone has the freedom to follow his method of worship according to his religious ideology, the Chief Minister noted, "Although mikes can be used, make sure the sound does not come out of the premises. Other people should not have any problem."

In a statement, the UP government said the directions were being issued as the festivals of Eid and Akshay Tritiya are likely to fall on the same date early next month.

In case of use of loudspeaker beyond the permissible decibel level, the concerned authorities may take action under Environment Protection Act, 1986. There is a provision of five years imprisonment and penalty of Rs 10000, if the Act is violated.

As per rules, no loudspeaker can be used between 10 PM in the night till 6.00 am in the morning. Besides, it cannot be used within 100-meter radius of school and hospitals. 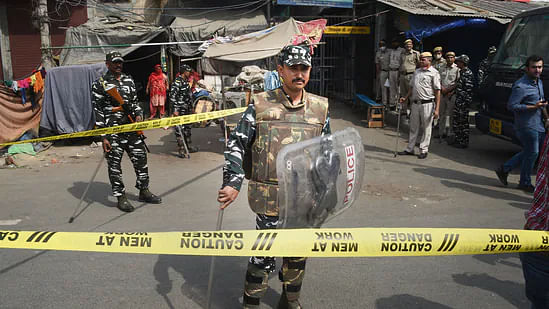 HomeIndia'No religious procession should be taken out without due permission in UP': Yogi Adityanath