No one can question Narendra Modi honesty: Rajnath Singh 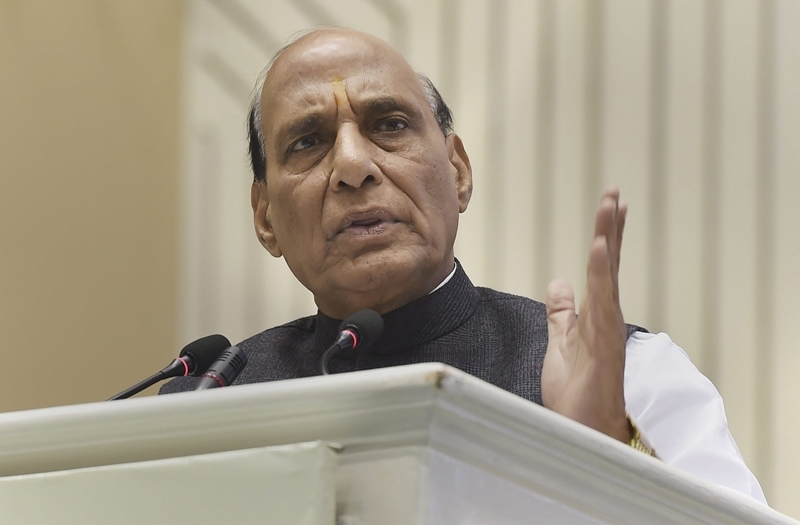 Patna: Hitting out at the Opposition for accusing PM Modi of corruption in Rafale deal, Union Home Minister Rajnath Singh on Saturday said no one can question Modi’s honesty and rival parties should desist from “hoodwinking and misleading” the people. Singh said those levelling “baseless and unfounded” allegations should answer Modi would amass wealth “for whom, his wife, children? Who is there? Whom will he give it to?”

“I feel very hurt. I have known Modi for long… you can level other allegations if you want — that Modi has worked less or he could have done more — but no one can raise questions on the Prime Minister’s honesty and intention. You should not do politics by misleading people,” the minister said at an interaction with intellectuals to seek suggestions for the BJP’s Sankalp Patra (manifesto) for the upcoming Lok Sabha election

Asserting there was no blot of corruption on any of the BJP leaders, including PMs and CMs, he said party patriarch L K Advani had set an example by resigning when allegations were levelled against him. “Some said prime facie there is case, so our Advaniji had set an example by quitting. He said he won’t enter Parliament till his name is cleared. This is called politics,” he said.

Singh was referring to Advani resigning as an MP in 1996 following allegations of his involvement in the infamous Hawala scam. Politics should not be done on the basis of propagating falsehood and hoodwinking people, rather it should be guided by following truth and truth alone, Singh said. “Politicians should talk in a measured language… they should speak the truth. Don’t try to achieve success by deceiving the people of the country,” he said. Lamenting the “crisis of credibility” pervading the country’s politics, he said that he has taken it as a challenge. “We will form the government at the Centre under Narendra Modi by overcoming the challenges,” he said.