No ED summons, neither I ever met Rahul Gandhi: Lalit Modi 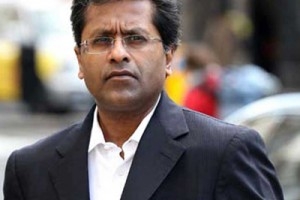 Modi also said he was helped by External Affairs Minister Sushma Swaraj on “humanitarian grounds” to secure British travel documents and there was no conflict of interest in the whole affair.

In an interview to India Today TV, Modi did a U-turn from his tweets in July when he alleged that Rahul Gandhi and his brother-in-law Robert Vadra were beneficiaries of his hospitality during his tenure as Indian Premier League (IPL) commissioner.

He told the channel that the controversy about him in India was “only a bigger circus around me now. “There are no charges against me as I have received no summons till date. I was told the summons were sent through email, but I have not received them till today,” he said.

He was referring to reports that the Enforcement Directorate is seeking an Interpol Red Corner Notice (RCN) against Modi, who is facing charges of money laundering and other irregularities.

“The charges that I have taken money from World Sport Group (WSG) is hogwash. It was a deal between Sony and WSG. I had nothing to do with it. They find a non-issue to target me.

“I’ve also got a letter from Interpol that no red corner notice will be issued against me and I’ll be allowed to present my case,” he added. Lalit Modi also termed the charges against him “politically motivated”. “The fact that parliament has been stalled for the past 20 days shows that this issue is politically motivated.”

“Rahul Gandhi should worry about Robert Vadra and Sonia Gandhi and then worry about me, about how much money they have fleeced, about the 2G scam and the coal scam.

“They should worry about those things and not worry about me, because I haven’t done anything,” he said. “I’ve never met Rahul Gandhi. I never made any deals with the Gandhi family.

“Six years have gone by, and they are still not able to bring any charges and send the summons,” he added. Modi said his lawyers have appeared before Indian courts and asked why the Enforcement Directorate could not come to London where he was staying since 2010.

The former IPL chief said he was targeted because of “zero tolerance to corruption”. “Whether it is Chota Shakeel or anyone else, they are all hand-in-glove with the present cricket administration. If all of this is politically and mafia motivated, why should I take chances?”

He said his relationship with Rajasthan Chief Minister Vasundhara Raje and her son Dushyant Singh was a family relationship that went back a long time. There were no business deals linked to it.

Regarding Sushma Swaraj, Modi said there was “no conflict of interest, unlike the Congress party. “She helped me on humanitarian grounds. Sushma’s family has been close to me.

“This is all a political agenda. I am challenging the Central Bureau of Investigation to issue a red corner notice against me in the next 48 hours. I know they can’t because they have no locus standi. I have done nothing wrong,” he said.

The monsoon session of parliament has been stalled over Modi’s alleged links with Sushma Swaraj and Vasundhara Raje. Sushma Swaraj helped Lalit Modi procure travel documents in July last year to facilitate his travel from London to Portugal for the treatment of his wife.