The study analysed about the immunity acquired after natural infection or vaccinations against SARS-CoV-2. Vaccine effectiveness also varies with the variant of infection, the study said

The administration of Covaxin as a booster dose enhances vaccine effectiveness against COVID-19's Delta variant and gives protection against Omicron variants BA.1.1 and BA.2, a study by ICMR and Bharat Biotech has found.

The National Institute of Virology, the apex virology laboratory of the Indian Council of Medical Research (ICMR), conducted the study on hamsters to arrive at the conclusion.

The study analysed about the immunity acquired after natural infection or vaccinations against SARS-CoV-2. Vaccine effectiveness also varies with the variant of infection, the study said.

These results largely line up with is being seen on the ground with the new wave: While the case load is rising, few people are being hospitalised or dying, and the majority of those who are either unvaccinated or have received only a single dose.

“Protective response in terms of the reduction in lung viral load and lung lesions were observed in both the second as well as third dose of Covaxin immunised group when compared to placebo group following the Delta variant challenge.

"In spite of the comparable neutralising antibody response against the homologous vaccine strain in both the Dose 2 and Dose 3, considerable reduction in the lung disease severity was observed in the third dose immunised group post Delta variant challenge, indicating the involvement of cell mediated immune response also in protection,” the paper stated.

“In the vaccine efficacy study against the Omicron variants BA.1 and BA.2, lesser virus shedding, lung viral load and lung disease severity were observed in the immunised groups in comparison to the placebo groups,” it further said.

In the second study in which the protective response was assessed against Omicron variants i.e. BA.1 and BA.2, following three-dose vaccinations, lesser virus shedding, lung viral load and lung disease severity were observed in the immunised groups in comparison to the placebo groups.

"The evidence from the present study shows that Covaxin booster immunisation tends to broaden the protective immune response and reduces disease severity against the Delta and Omicron variant infection," it further said.

Covaxin (codenamed as BBV152) is a whole inactivated virus-based COVID-19 vaccine developed by Bharat Biotech in collaboration with the Indian Council of Medical Research - National Institute of Virology.

As of October 2021, 110.6 million people in India have received Covaxin.On 3 November 2021, the World Health Organization (WHO) validated the vaccine for emergency use.

The vaccine candidate is produced with Bharat Biotech's in-house vero cell manufacturing platform that has the capacity to deliver about 300 million doses.

The company is in the process of setting up a second plant at its Genome Valley facility in Hyderabad to make Covaxin.

The firm in collaboration with Government of Odisha is establishing another facility at Odisha Biotech Park in Bhubaneswar to commence Covaxin production by June 2022. 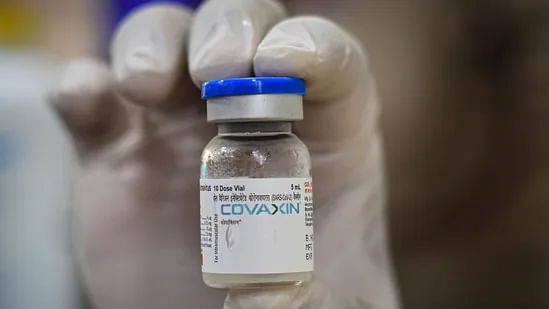