'Need to put up united effort': Tamil Nadu CM MK Stalin writes to 12 CMs to drum up support against NEET 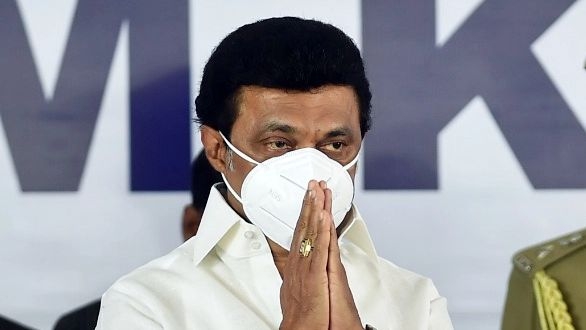 Chennai: Tamil Nadu Chief Minister M K Stalin on Monday wrote to Chief Ministers of 12 non-BJP-ruled States seeking their support against the NEET and urging them “to put up a united effort to restore the primacy of State Governments in administering the education sector, as envisaged in the Constitution”. Recently Tamil Nadu Legislative Assembly had passed a Bill to dispense with the NEET and instead admit students to undergraduate medical degree courses on the basis of their class XII board examination scores.

Stalin’s outreach also comes against the backdrop of the recent political demand in Maharashtra to take a relook at the NEET.

A copy of his letter to the Chief Ministers of Andhra Pradesh, Chhattisgarh, Delhi, Jharkhand, Kerala, Maharashtra, Odisha, Punjab, Rajasthan, Telangana, West Bengal and Goa, was circulated to the media.

“Our considered position has always been that the move by the Union Government to introduce NEET goes against the spirit of the federalism and violates the constitutional balance of power by curbing the rights of the State Governments to decide on the method of admission in the medical institutions founded, established and run by them,” Stalin said in his letter.

“In this regard, we consider that the State Governments need to assert their constitutional right and position in deciding the method of admission to their higher educational institutions. I request you to kindly go through the documents and extend your support in this regard to ensure that the students of our respective States, hailing those from rural areas and marginalised sections of the society are not put to hardship in obtaining admissions to higher educational institutions,” he said.

“We need to put up a united effort to restore the primacy of State Governments in administering the education sector, as envisaged in our Constitution. I look forward to your cooperation in this crucial issue,” he added.

The Chief Minister also enclosed the report submitted by Justice A.K. Rajan Committee, which was appointed by the Government of Tamil Nadu for studying whether the NEET based admission process has affected the socially backward students in the past few years.