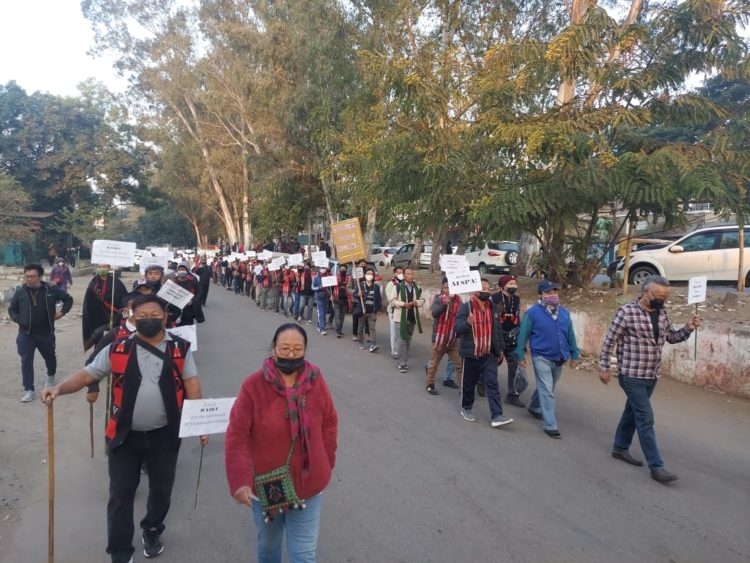 Kohima: Hundreds of Naga men and women from all walks of life on Monday began a two-day walkathon covering 70 km distance from Dimapur to state capital Kohima demanding the repeal of Armed Forces (Special Power) Act, 1958 (AFSPA) and justice for the 14 civilians who were killed by security forces in Mon district in December last year.

Holding placards and banners with messages demanding the repeal of AFSPA, which they called a "draconian" act, people raised slogans seeking justice for the 14 civilians who were killed by the security forces on December 4 and 5 last year.

The two-day walkathon is being spearheaded by various Naga civil society organisations after a massive social media campaign for the past few weeks.

As the Kohima-bound foot march will cross several villages and small towns, more men and women are expected to join the march, the organisers said.

The participants of the walkathon would do a night halt at Piphema, halfway to Kohima, before resuming the march on Tuesday morning.

In Kohima, the leaders of the walkathon would submit a memorandum to the Centre through the state's acting Governor, Jagdish Mukhi.

The President of Eastern Naga Students Federation, Chingmak Chang, said that the walkathon has been organised to tell the Central and state governments to repeal the AFSPA at the earliest and give justice to the 14 innocent civilians who lost their lives last month.

He said that the democratic march is peaceful and meant to convey the resentment of the people against AFSPA and protect the dignity of the Nagas as human beings.

"We would continue our programmes in various manners until the government responds positively towards our demands," Chang told the media.

He said that without considering the mass demand to repeal AFSPA in the aftermath of the Mon district massacre, the Centre on December 30 extended the act for six more months, which is quite intolerable.

After the Mon district killings, Nagaland witnessed uninterrupted agitations in various forms demanding repeal of AFSPA and punishment to the security personnel who killed 14 Naga people and injured 30 others.

Besides the three wings of the Konyak unions, several other organisations, including the Naga People's Front (NPF), Naga Students' Federation (NSF) and the ruling Nationalist Democratic Progressive Party (NDPP) have been agitating to repeal the AFSPA from the entire northeastern region. 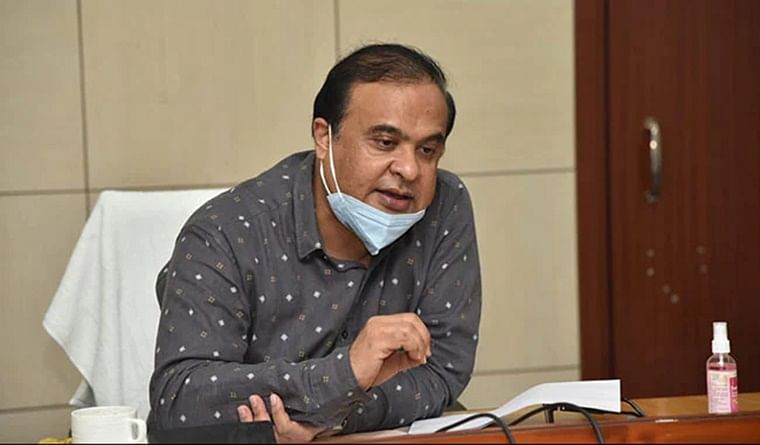