In a letter to the Congress interim chief, Nadda said: "In this fight against the pandemic, the conduct of the topmost Congress leaders including former Congress President Rahul Gandhi will be remembered for duplicity and pettiness." He pointed out that the Congress' stand on political rallies in recently concluded assembly polls was nothing but grandstanding.

"Your party, under your leadership, is doing no favours to itself by opposing lockdowns and then demanding for the same, ignoring the Centre's advisories on the second wave of COVID and then saying they did not get any information, holding massive election rallies in Kerala causing a spike in COVID cases while grandstanding about election rallies elsewhere, supporting protests but speaking about following COVID guidelines," Nadda said.

"Even when the second wave was on the rise, your party leaders were happier being seen in super spreader political events in North India, where there was no regard for masks or social distancing," he added.

Slamming Congress further, the BJP chief said this is not the era when such information can be erased from public memory.

"There are other aspects that also need greater thought. For instance, the data from February and March would reveal which states failed to track the rising cases. Why are mortality rates in states such as Punjab so high? These are questions you must ask your own Chief Ministers," Nadda added. He stated that he was saddened but not surprised by the conduct of the Congress party during these challenging times.

"While there are certainly a few members of your party who (like several other selfless citizens) are doing commendable work in helping people, their hardwork gets eclipsed by the consistent negativity spread by the more senior members of the party, " Nadda stated in the letter to Sonia Gandhi.

"I am writing this letter with a deep sense of pain. I would never have written such a letter. But, looking at the confusion being created by members of the Congress Party, including Chief Ministers belonging to the party, I am compelled to pen my thoughts. One would wish that while India is fighting COVID19 with utmost courage, the top echelons of the Congress would stop misleading people, creating false panic and even contradicting their stands just based on political considerations," he added.

Attacking the comments made at the Congress meeting, Nadda added that the Congress Working Committee talks about the Modi government "abdicating" its responsibility on vaccination.

"Is there so much of a communication gap between the Congress party and the states it shares power in? In April itself, topmost Congress leaders were calling for 'decentralisation of vaccination'," he said.

He pointed that the Government of India has already ensured that considerable coverage has been achieved in priority groups by providing over 16 crore vaccines to states in the first few phases. Even now, it continues to give 50 per cent of the total vaccines, free of cost, he added.

Giving details about the Covid vaccination drive initiated by the Centre, he added, "Throughout last year when our scientists, doctors and innovators were racing against time to find a vaccine, your party leaders left no opportunity to mock these efforts. A vaccine that is made in India should be a matter of national pride. Instead, Congress leaders tried to ridicule it and create doubts in the minds of people." "Even a Chief Minister belonging to your party indulged in such antics. In a nation that has almost no recent history of vaccine hesitancy, your party has the dubious record of trying to actively create it, that too, in the middle of a once-in-a-century pandemic, " the BJP chief added.

The BJP president took on Congress for criticising the Central Vista project and reminded that the need for new Parliament was raked up during the UPA's tenure. He also stated that 'people' are contrasting Central Vista with the construction of a new assembly in Chhattisgarh, the state ruled by the Congress government.

Nadda stated that he is writing not just as one political party president to another but also a former health minister who had seen Covid warriors from close quarters and asked if Congress behaviour isn't lowering the morale of health workers.

He also mentioned that the Supreme Court observed that the health infrastructure the country has inherited over the last 70 years is inadequate. "Needless to say which party has dominated India's political landscape in these seven decades," the letter stated. 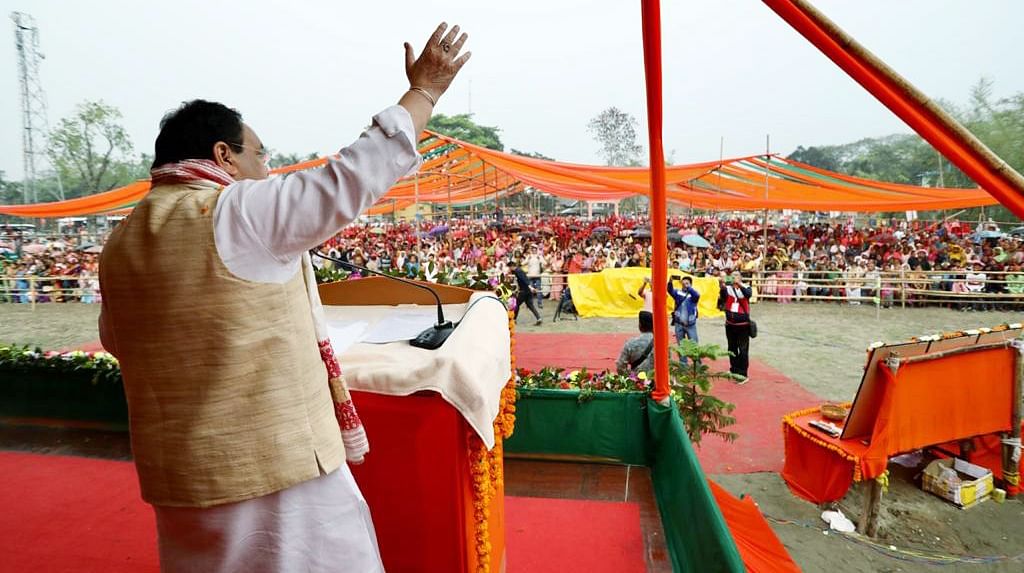