The cricketer took to Twitter with a lengthy birthday post, sharing his desire for a speedy resolution to the deadlock between the farmers and the government.
FPJ Web Desk 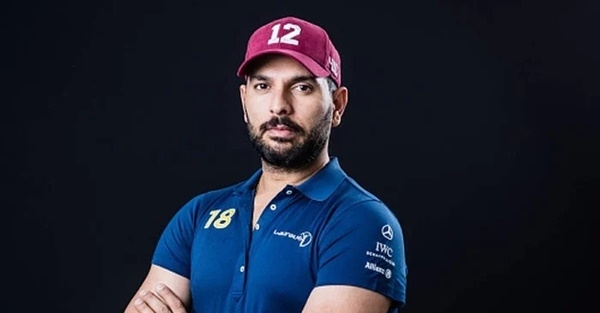 For over two weeks now, thousands of farmers have converged in and around Delhi to protest against three recently passed Farm Acts. Several rounds of talks with the Centre have not yielded results, and the protesters say that they will intensify their agitation. In recent days, many eminent personalities had registered their objections by returning their awards, or in some cases, threatening to do so.

Against this backdrop, former Indian cricketer Yuvraj Singh's father had made headlines after a now viral video clip showed him speaking out in support of the farmers, and making disparaging remarks about the Modi-led government. He had also supported those returning their awards, reiterating that he was with the farmers. Farmers' protest: Instead of battling farmers, Modi Govt should be fighting their battles, writes...

For several days, as his father's comments against the Prime Minister became the focus of netizen's ire, Yuvraj Singh had remained reticent about the issue, even as he batted for the Centre to listen to farmers and supported those returning their awards.

Now, in a lengthy post on his birthday, the sports icon has expressed his desire for a speedy resolution to the deadlock between the farmers and the government, even as he distanced himself from his father's comments.

The statement, posted at the stroke of midnight on December 12, noted that farmers were undoubtedly the "lifeblood of the nation" and opined that the problem could be resolved through "peaceful dialogue".

"I am saddened and upset by the statements made by Mr Yograj Singh. I wish to clarify that his remarks have been made in an individual capacity and my ideologies are not the same in any manner," he emphasised.