MoS for Home Kishan Reddy has become a joke by stating that Hyderabad is a "safe zone for terrorists": KCR 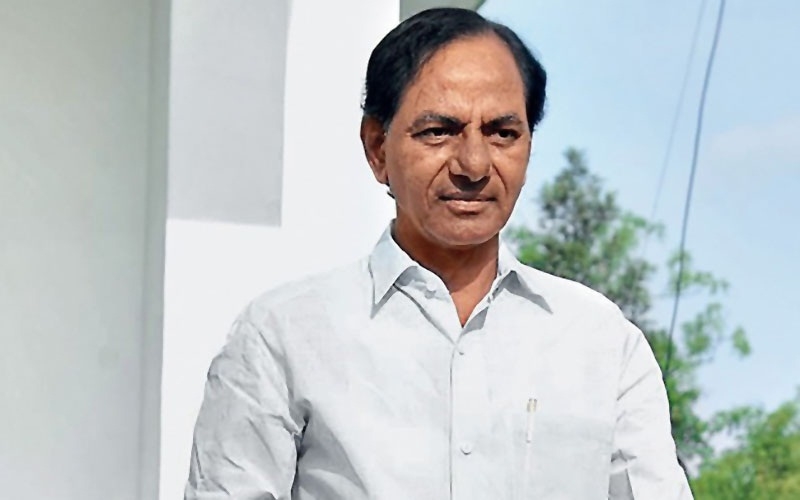 Hyderabad: Telangana Chief Minister K. Chandrashekhar Rao on Tuesday said that Union Minister of State for Home G. Kishan Reddy has become a joke by stating that Hyderabad is a "safe zone for terrorists".

"People are laughing at him. He has become a joke," Rao said at a news conference on Tuesday night. KCR, as Rao is popularly known, said there was not a single incident of communal violence in Telangana during last five years and the Union Home Ministry also went on record to state that the crime rate in the state had come down. "There was no terrorist attack. We are an active government. This is a neat and clean state. In fact there is no other state like this in India," he said.

Kishan Reddy, who is a member of Parliament from Secunderabad, had said after taking oath as the Minister of State on May 30 that Hyderabad had become safe zone for terrorists as any terror incident in the country would have a link to the city. KCR said since the Andhra Pradesh government had handed back the buildings at the secretariat to Telangana, a new secretariat complex would be built at the existing premises. He said the foundation stone for the new secretariat building will be laid on June 27. The complex with 5-6 lakh square feet space will be built at a cost of Rs 400 crore.

The Chief Minister also announced that the existing Assembly building will be preserved as heritage structure and a new legislature complex comprising legislative Assembly and legislative Council will be built at Yerrum Manzil at a cost of Rs 100 crore. He said Telangana and Andhra Pradesh governments had agreed to hold talks to solve all outstanding issues with regard to distribution of waters of Godavari and Krishna rivers. KCR said a delegation of top irrigation officials of Andhra will visit Hyderabad on June 27 or 28 for first round of talks.