The BJP leadership denied any involvement in the incident and said several "ultra-Left supporters" had staged agitation in the vicinity of a party meeting, near the campus, on Monday, but its workers maintained restraint
PTI 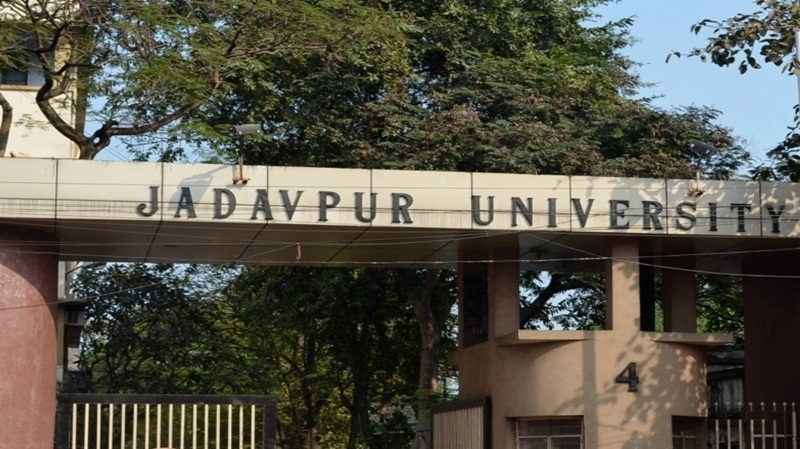 Kolkata: A Jadavpur University teacher has alleged that she was "roughed up" by a few women activists of the BJP near the varsity campus for protesting against the disparaging remarks made against the institute and a particular community by a saffron camp member.

The BJP leadership, however, denied any involvement in the incident and said several "ultra-Left supporters" had staged agitation in the vicinity of a party meeting, near the campus, on Monday, but its workers maintained restraint.

Taking to Facebook, Doyeeta Majumder, assistant professor of the English department at the university, said, "On my way back from an anti-CAA rally, I ran into a saffron outfit at 8B, and got totally roughed up and hit by BJP 'bhodromohilas' (gentlewomen)".

Majumdar claimed that that the women were "baying for her blood" and that the incident left her shuddering with fear.

On my way back from an anti-CAA rally, I ran into a saffron outfit at 8b, and got totally roughed up and hit by BJP '...

"The saffron speaker was spewing naked hate speech...for a good few minutes, then turned and pointed at the campus and started saying 'this University is the root of all evil, they all chant Allahu Akbar every day'. I snorted out loud, and shouted 'mithye kotha' (lies lies) twice.

"That is all it took. In seconds I was surrounded by a mob of mashima-like (middle-aged) women who started pushing me down and hitting me. A young man tried to protest, he was roughed up too. Ultimately I was dragged kicking and screaming by two (presumably BJP) men who kept saying 'Didi ar jhamela baraben na, chole jan, chole jan' (didi please don't create further trouble, leave now).

The professor also said that she has filed a complaint with police along with two of her students, who had tried to help her and "got beaten up worse".

"Those women....were literally baying for my blood. I am fine, no lasting harm done, only shuddering at the infinite horrors in store for us," she wrote.

"As we were conducting a meeting, some supporters of ultra-Left parties came near the venue and started raising slogans. They even pushed our cadres. But we maintained restraint. None of our cadres were involved in any assault," Bhattacharya said.

According to a senior police officer, barricades were put up between the members of two groups as they "engaged in sloganeering and counter-sloganeering".

"We put up a barricade between the two groups in order to avoid any untoward incident. Two complaints have been filed by a JU professor and some other members of the university. We are looking into the matter," he said, refusing to divulge further details.

Denouncing the "assault", the general secretary of Jadavpur University Teachers Association, Partha Pratim Roy, said, "One of our colleagues, Dr Doyeeta Majumder of the English Department, has been attacked by BJP activists at Jadavpur 8B. We strongly condemn this activity of the political hooligans."