The Indian Medical Association (IMA) had served a defamation notice on Ramdev for alleged disparaging remarks against allopathy and allopathic doctors, demanding an apology from him within 15 days, failing which it said it will demand a compensation of Rs 1,000 crore from the yoga guru.

The six-page notice served on behalf of IMA (Uttarakhand) secretary Ajay Khanna by his lawyer Neeraj Pandey describes the remarks by Ramdev as damaging to the reputation and the image of allopathy and around 2,000 practitioners of it who are part of the association.

Terming the remarks of the yoga guru a "criminal act" under section of 499 of the Indian Penal Code, the notice demanded a written apology from him within 15 days of its receipt, saying a compensation of Rs 1,000 crore will be demanded from him at the rate of Rs 50 lakh per member of the IMA if he failed to do so.

The notice has also asked Ramdev to make a video clip contradicting all his allegations and circulate it on the social media platforms where he had uploaded his earlier video levelling them. 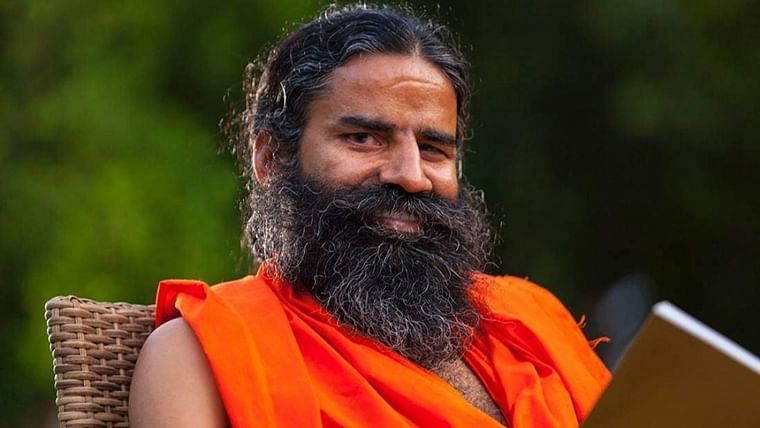 Now IMA has written a letter to PM Modi urging strict action against the yoga guru including sedition charges. The letter read, "Misinformation campaign on vaccination by Patanjali owner Ramdev should be stopped. In a video he claimed that 10,000 doctors & lakhs of people have died despite taking both doses of vaccine. Action under sedition charges should be taken against him."

Read Also
Who is Dr Lele? As medico's TV debate with Baba Ramdev goes viral on Twitter, here's all you need to... 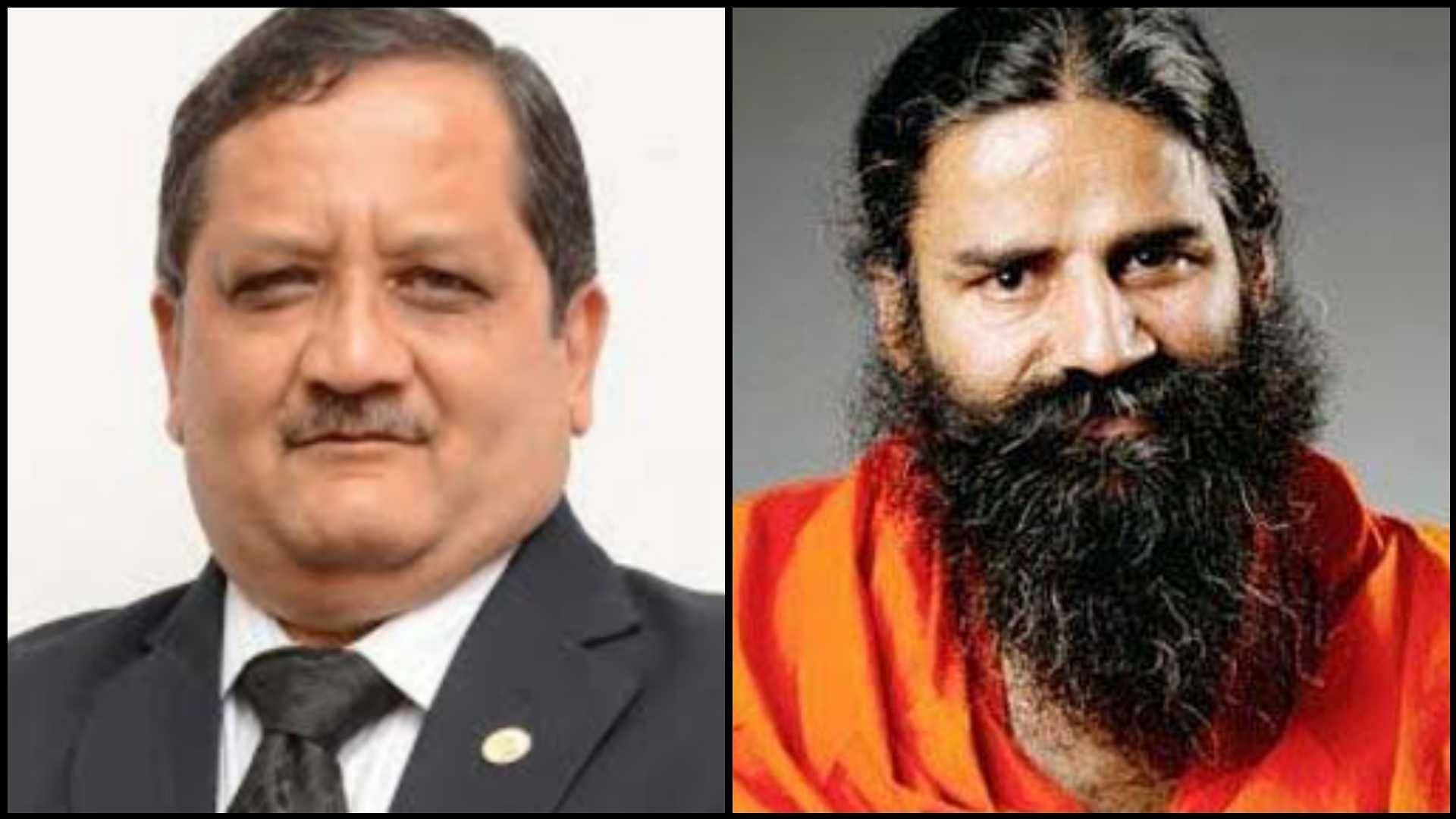 "Indian medical association is proactively spearheading your commitment to enforcing vaccination to all above 18 years, as the tool to overcome the corona pandemic. When you initiated the vaccine rollout, IMA leaders across the country stood first to get the vaccine and by this dispelled the vaccine hesitancy. With the sincere efforts of the Government and the modern medical health care professionals, India could vaccinate nearly 20 crore people, one of the fastest vaccinations drive in the world. We thank your initiative to augment the indoor production of more vaccines and approval of vaccines from other countries to be used in our country.

It is gratifying to note that only 0.06 %of people who received both the vaccine got minimal infection by a coronavirus, and very rarely vaccinated people had a severe lung infection. It is well proved, that by vaccination we save our people and country from catastrophic cascades of severe Infection. IMA is also grateful to our Prime minister Ji for your efforts to address the importance of vaccination in all your pubic addresses along with COVID.19 appropriate behaviors. We appeal to you to give motivation for this in your forthcoming MANN KI BAAT episode too. At this juncture, painfully we bring to your kind notice, the video claiming 10,000 doctors have died In spite of taking both the dose of vaccine and lakhs of people have died due to allopathic medicine are circulating virally in the social media, as said by Mr. Ramdev, Owner of Patanjati products.

We the members of the modern medicine professionals submit; we follow the guidelines and protocols issued by the Ministry of health through ICMR or the National task force in our treatment offered to millions of people coming to our hospitals. If someone is claiming the allopathic medicine has killed the people, it is an attempt to challenge the Ministry who has issued the protocol for treatment to us.

In this corona war, as our doctors are serving in the front line and meeting out to Salvage very critical people as on date as per registry, we have lost 753 doctors in the first wave and 513 in the second wave. None in the first wave could receive the vaccine and the majority who had died in the second wave also couldn't take their vaccine for various reasons. Now deceitfully attributing 10000 people have died in spite of two doses of vaccination, is a deliberate move to stall the efforts of vaccination to reach Our masses and it needs to be curtailed immediately.

IMA, the professional organization of Modern medical doctor's time and again had stated that, we respect. acknowledge and compliment all systems of medicine especially our Indian system of Ayurvedic Medicine, as each system is helping our people differently. We are not against any medicine promoted by the Ministry and happy to share in most of our public health treatment centers, the drugs promoted by the AYUSH ministry. We opposed certain drugs promoted without the approval of Ministry as a curative drug

We are pained to witness the great services rendered by nearly 10 lakhs of Modern medical doctors in the forefront to work with dedication to keep the mortality of Our Corona patients around 1 percent with the limited manpower and resources. which many developed countries couldn't achieve are ridiculed and called as a stupid system.

We appeal to your highness, to take appropriate action against individuals viciously propagating the message of fear on vaccination and challenge the Government of India protocols for treatment for their vested interest in their company products. This in Our opinion is a clear-cut case of a sedition and such persons should be booked immediately without any delay under the charges of sedition. IMA is committed to serving with Government in this COVID-19 war. 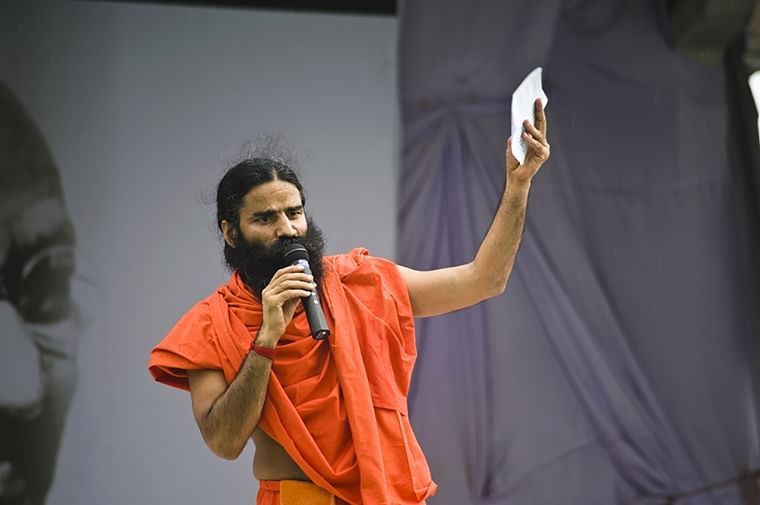 On Sunday, Ramdev was forced to withdraw a statement made in a viral video clip in which he is heard questioning some of the medicines being used to treat the coronavirus infection and saying that "lakhs have died from taking allopathic medicines for COVID-19".

The remarks were met with vociferous protests from the doctors' association, following which Union Health Minister Harsh Vardhan asked him to withdraw the "extremely unfortunate" statement.

A day later, the yoga guru posed 25 questions to the IMA in an 'open letter' on his Twitter handle, asking if allopathy offered permanent relief for ailments such as hypertension and type-1 and 2 diabetes.

He went on to list modern day ailments such as Parkinson's disease and wondered if allopathy had any painless cure to treat infertility as well as to reverse ageing and increase hemoglobin.

Soon after, Ramdev's close aide Acharya Balkrishna took to Twitter, saying the yoga guru and Ayurveda were being targeted by allopathic practitioners under the IMA as part of a conspiracy.

"As part of the conspiracy to convert the entire country into #Christianity, #Yoga and #Ayurveda are being maligned by targeting @yogrishiramdev jee. Countrymen, wake up now from the deep slumber otherwise the generations to come will not forgive you," Balkrishna said in a tweet.