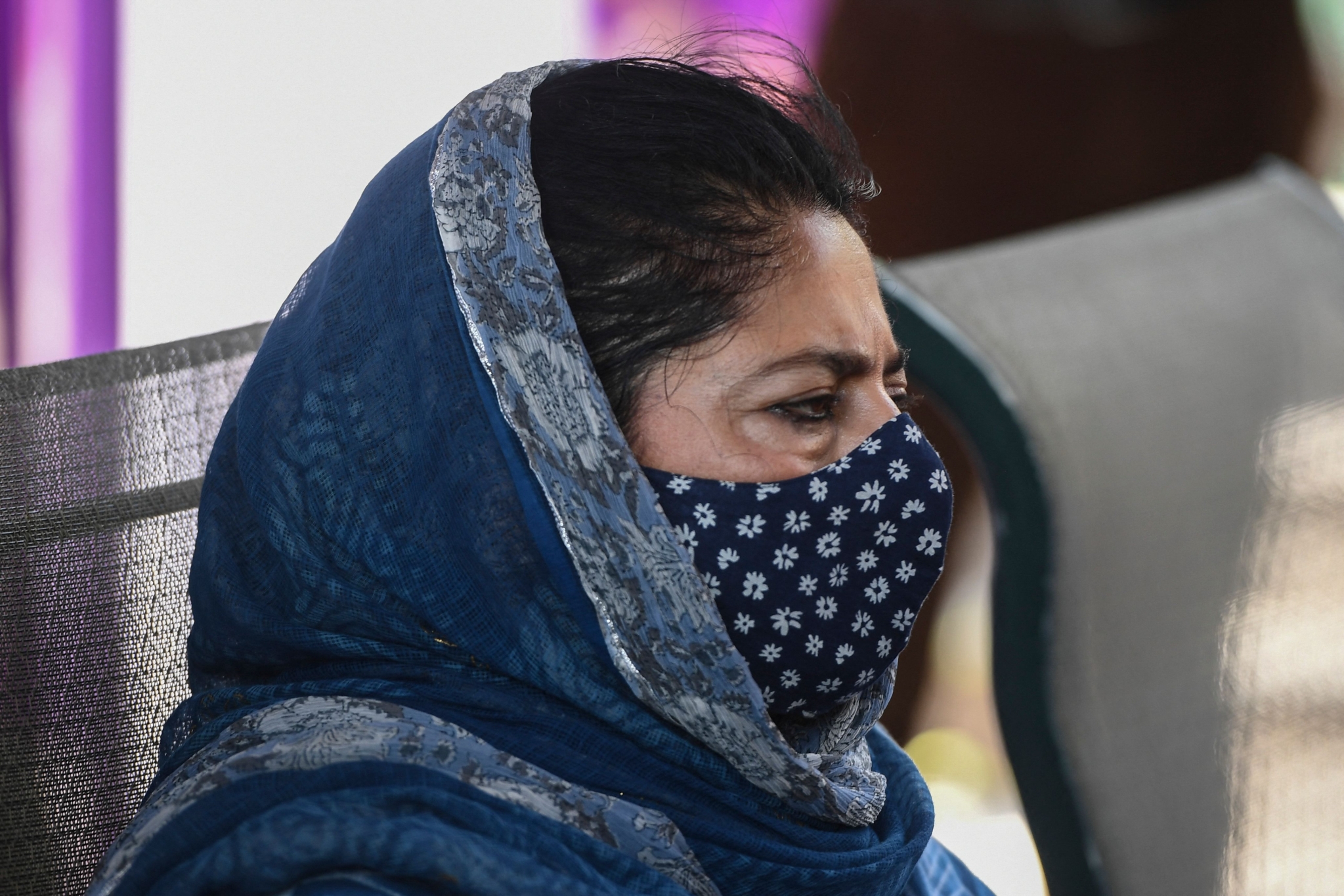 Former Kashmir chief minister Mehbooba Mufti attends a news conference after a meeting with other political leaders, in Srinagar on August 24, 2021. | AFP

Srinagar: Jammu and Kashmir Peoples Democratic Party (PDP) chief Mehbooba Mufti claimed on Tuesday that she has been put under house arrest. In a tweet, Mufti said that the administration has told her that situation is far from normal in Kashmir.

"GOI expresses concern for the rights of Afghan people but wilfully denies the same to Kashmiris. I've been placed under house arrest today because according to admin the situation is far from normal in Kashmir. This exposes their fake claims of normalcy," Mufti said in her tweet.

But the Jammu and Kashmir Police on Tuesday said that most of the restrictions have been eased including the internet services and the situation is fully normal in the union territory.

Taking to Twitter, Jammu and Kashmir Police said, "Most of the restrictions are eased including the Internet and situation is fully normal in both regions of Kashmir and Jammu but under close watch." Restrictions were imposed and internet and mobile services were suspended immediately after the demise of former Hurriyat leader Syed Ali Shah Geelani.

He has said that we have to move forward together to strengthen peace identifying the enemies of peace and weaning out the mischievous elements strictly dealing with them under law.

Peoples Democratic Party (PDP) chief Mehbooba Mufti on last Wednesday informed that Geelani passed away at the age of 91.

Geelani had resigned from the All Party Hurriyat Conference (APHC) in June this year.