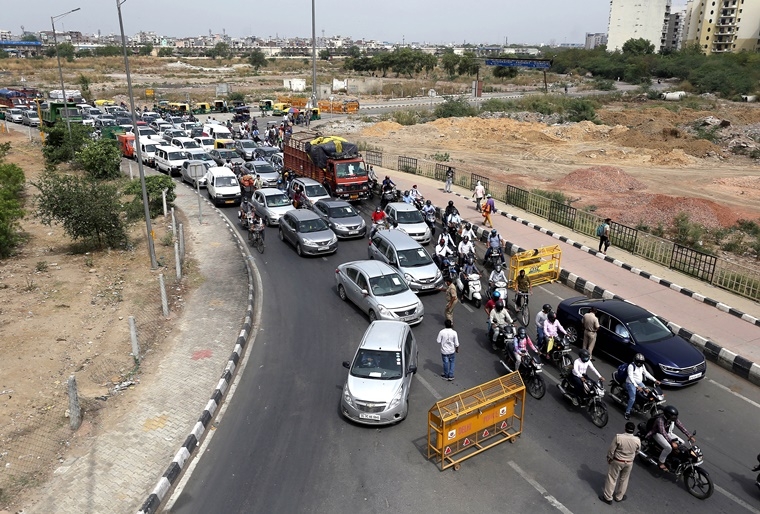 Citing a sharp increase in coronavirus cases during the past one week in Haryana districts adjoining Delhi, Haryana government sealed the state borders with Delhi.

Haryana decided to seal its border with the national capital in the wake of the increasing cases of COVID-19 cases.

This is the second time when the Haryana government has taken such a decision to curb Coronacases in districts like Gurugram, Faridabad, Sonepat and Jhajjar. 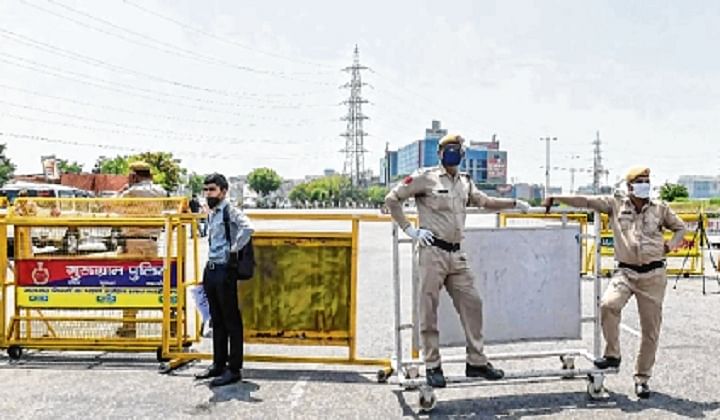 Haryana Home Minister Anil Vij issued fresh orders for sealing borders with the national capital. The order is likely to make the movement of people travelling across the borders without valid permission tougher. The order come just days before the fourth coronavirus lockdown ends on May 31.

He, however, in an order said barring the categories exempted by the Delhi High Court and the Centre, the state borders for others will remain completely sealed.

"The districts bordering Delhi are witnessing a sharp increase in the number of cases, which is a matter of concern," Vij, who is also the state health minister, told reporters in Ambala.

He cited the movement of people into the districts bordering the national capital as the reason behind the surge in cases. Gurgaon, Faridabad, Sonipat and Jhajjar are the four worst-hit districts accounting for a majority of 1,504 infection cases in the state. Faridabad has reported the maximum seven fatalities in the state followed by three in Gurgaon and one in Sonipat, according to a state health bulletin.

On Thursday, Gurgaon reported 68 fresh cases followed by 18 in Faridabad and four in Sonipat. The total cases in Gurgaon are 405, Faridabad 276, Sonipat 180 and Jhajjar 97, as per the bulletin.