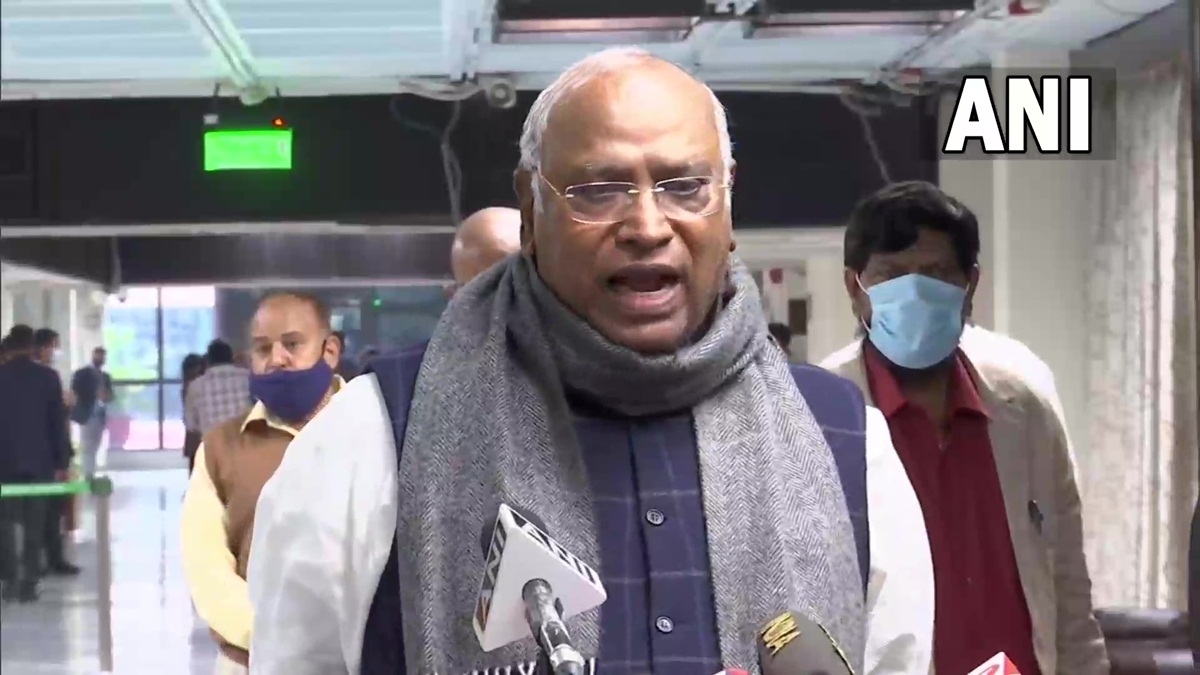 An all-party meeting was called by the Union Minister of Parliamentary Affairs Pralhad Joshi on Sunday ahead of the winter session of Parliament. During the meeting, Opposition parties raised many issues including, inflation, fuel price hike, farmers' issues and COVID-19.

"Many issues including, inflation, fuel price hike, farmers' issues and COVID19 were raised in the all-Party meeting today. All parties demanded that a law guaranteeing MSP should be made," Mallikarjun Kharge, Leader of Opposition in Rajya Sabha, told news agency ANI.

"We demanded from the government that families of COVID-19 victims be given compensation of Rs 4 lakhs each. Compensation should also be given to farmers who lost their lives during the farm laws protest," he added.

He further said that the opposition parties expected Prime Minister Narendra Modi to attend meet today, but for some reason, he didn't attend it.

"We expected PM to attend meet today. But for some reason, he didn't attend it...Government has withdrawn farm laws but PM had said that he couldn't make farmers understand. It means that these laws may be brought back in some other form in future," he said.

"They (Government) don't let any member speak during the all-party meeting. I raised the issue of bringing a law on the MSP guarantee in this session of the Parliament and other issues including the extension of Border Security Force's jurisdiction, among others. They don't let us speak in all-party meet and Parliament," said Singh.

The prominent opposition leaders present at the customary session-eve meet included Mallikarjun Kharge, Adhir Ranjan Chowdhury and Anand Sharma from the Congress, T R Baalu and Tiruchi Siva from the DMK, Sharad Pawar from the NCP, Vinayak Raut from the Shiv Sena, Ramgopal Yadav from the Samajwadi Party, Satish Mishra from the BSP, Prasanna Acharya from the BJD and National Conference leader Farooq Abdullah.

The Winter Session of Parliament will begin on Monday and conclude on December 23.