Haryana Chief Minister Manohar Lal Khattar on Thursday accused the Punjab CM Capt Amarinder Singh of "inciting" farmers over the Centre's new farm laws and said he would quit politics if there'll be any trouble on the MSP.

Taking to Twitter, Khattar slammed Punjab CM and appealed him to avoid "cheap politics" during the time of the pandemic.

He also claimed that he has been trying to reach out to the Punjab CM for the last 3 days but the latter decided to stay unreachable.

Check out his comments here: 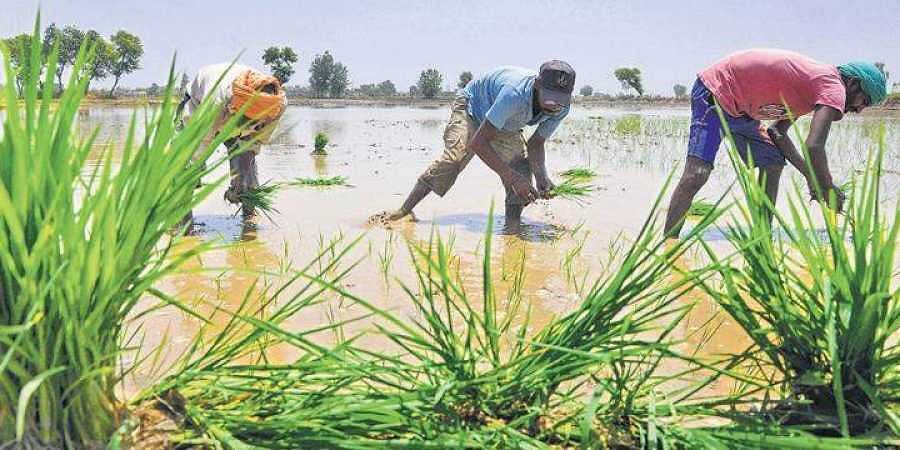 Remark by Khattar came after Amarinder Singh condemned the Haryana government's "forcible" attempts to stop farmers from marching to Delhi in protest against the Central farm laws.

Urging the ML Khattar government to allow the agitated farmers to pass through the national highway to take their voice to Delhi peacefully, Singh questioned the need to stop them from proceeding, according to an official release by Punjab Chief Minister's Office (CMO).

"Why is ML Khattar government in Haryana stopping the farmers from moving to Delhi? The tyrannical use of brute force against peacefully protesting farmers is totally undemocratic and unconstitutional," he said, asserting that "the hands that feed the nation deserve to be held, not pushed aside."

Stating that the constitutional right of farmers to protest was being suppressed, the Chief Minister flayed the use of "brute" force by the Haryana Police, which had used water cannons and tear gas in a bid to stop the Punjab farmers from marching through the state and had not allowed farmer from Haryana to move out of their villages in many places.

"For nearly 2 months farmers have been protesting peacefully in Punjab without any problem. Why is the Haryana government provoking them by resorting to force? Don't the farmers have the right to pass peacefully through a public highway?" he asked.

Singh urged the BJP central leadership to direct their state governments not to indulge in such "strong-arm" tactics against the farmers.

"Let the farmers be heard by the central government, let their concerns be addressed," he said, calling for peaceful resolution of the farmers' concerns in the national interest

Read Also
Who said what: Priyanka Gandhi, Kejriwal, others slam use of water cannons, tear gas on protesting... 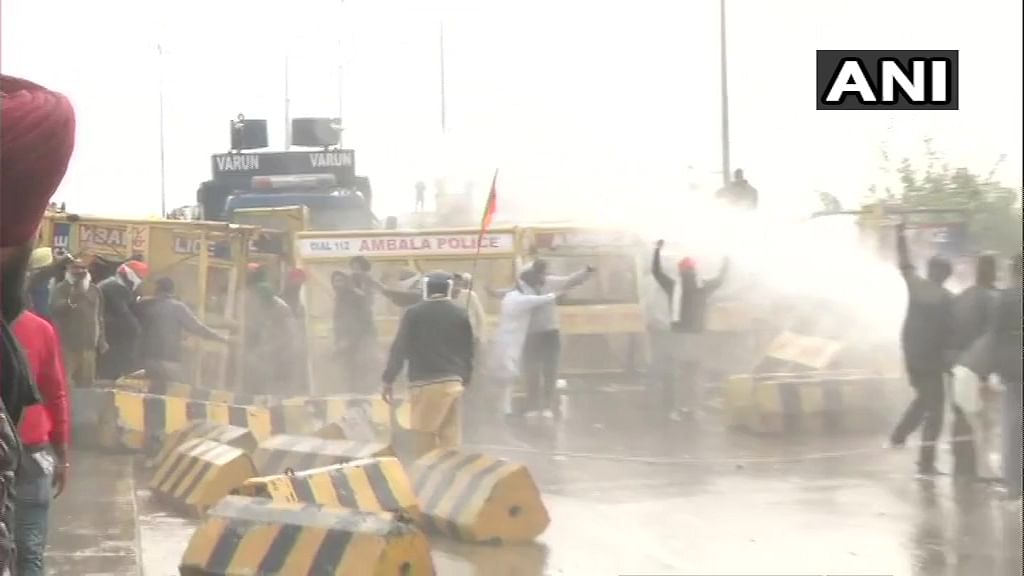 The Punjab Chief Minister slammed his Delhi counterpart Arvind Kejriwal after the latter "condemned" of the use of force against farmers in Haryana and why his government had failed to bring its own laws in the state Assembly to counter the central farm laws.

"Kejriwal is just playing to the gallery, the fact is that he neither cares for the farmers nor is interested in protecting them," Singh said.

Farmers have given a call for "Delhi Chalo" protest march, to coincide with the Constitution Day celebrations, against new farm laws. While the government says the three laws will do away with middlemen, enabling farmers to sell their produce in the commercial markets, protestors fear that this could lead to the government not buying produce at guaranteed prices, thereby disrupting their timely payments.

Farmers are protesting against the Farmers Produce Trade and Commerce (Promotion and Facilitation) Act, 2020, The Farmers (Empowerment and Protection) Agreement on Price Assurance and Farm Service Act, 2020, and The Essential Commodities (Amendment) Act, 2020.