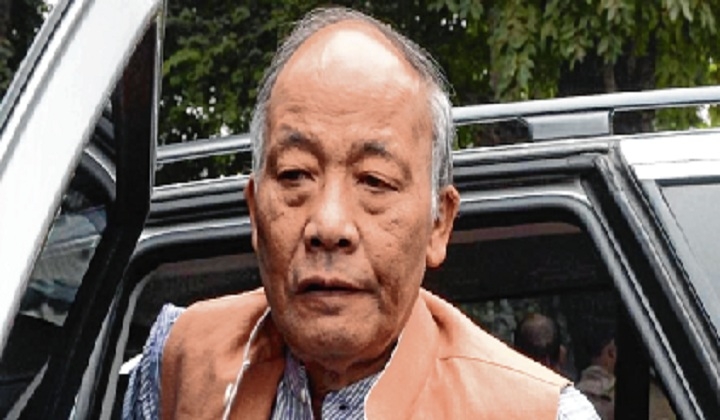 Imphal: The Congress in Manipur stepped up efforts on Thursday to oust the BJP-led government, which is on a sticky wicket after nine members of the ruling coalition including four ministers resigned, by urging Governor Najma Heptullah to convene a special assembly session for taking up a no-confidence motion. A delegation of opposition members led by the Congress met the governor and requested her to call the special assembly session "at the shortest possible time".

After submitting a letter to the governor, chief of the National People's Party (NPP) Thangmilen Kipgen told reporters that they also requested her to invite the newly-formed Secular People's Front (SPF) under the leadership of Congress leader O Ibobi Singh (in pic) to form the new government in the state.

The memorandum mentioned that letters of support from all members of the SPF, including Congress, NPP, All India Trinamool Congress and Independent MLAs have been enclosed for the governor's persusal.

So far there is no word from the Raj Bhavan on the issue. In addition to the 4 National People's Party (NPP) ministers, including former Deputy CM Y Joykumar Singh, three BJP MLAs, lone AITC legislator and an Independent had withdrawn support to the N Biren Singh dispensation on Wednesday.

According to a bulletin issued by M Ramani Devi, Secretary of the Assembly, the Speaker has accepted the resignation of the three BJP MLAs -- T Thangzalam Haokip, Soibam Subhaschandra Singh and Samuel Jendai Kamamei -- from membership of the assembly.

It said following their resignations from the assembly, the seats they represented -- Henglep (ST), Naoriya Pakhanglakpa and Tamenglong (ST) -- lie vacant from Thursday onwards. Meanwhile, Ibobi Singh said the Congress has not engineered any defection in the ruling coalition.