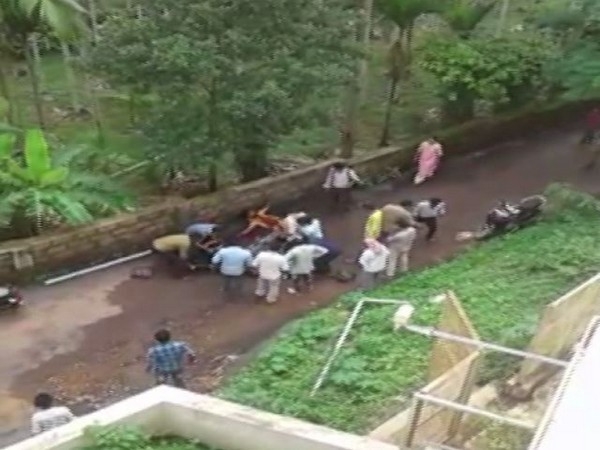 Mangaluru: A young man stabbed a girl and attempted to kill himself in what police suspect to be a love affair, in Deralakatte area of Mangaluru in Karnataka on Friday. Identified as 22-year-old Sushanth, the man came by bike and stabbed the girl, Diksha (20). After stabbing the girl, he slit his own throat in an attempt to commit suicide, the police said.

A video recording of the incident has gone viral on social media sending shock waves across the state. Both were immediately rushed to a hospital here. "One Sushanth, 22, stabbed a girl Diksha, 20, and later slit his own throat. A love affair may be the reason behind the incident. We have visited the spot and need to investigate it further," Mangaluru Police Commissioner Sandeep Patil said.