Mamata Banerjee to be sworn in as Bhabanipur MLA on October 7, invites governor for administering oath of office 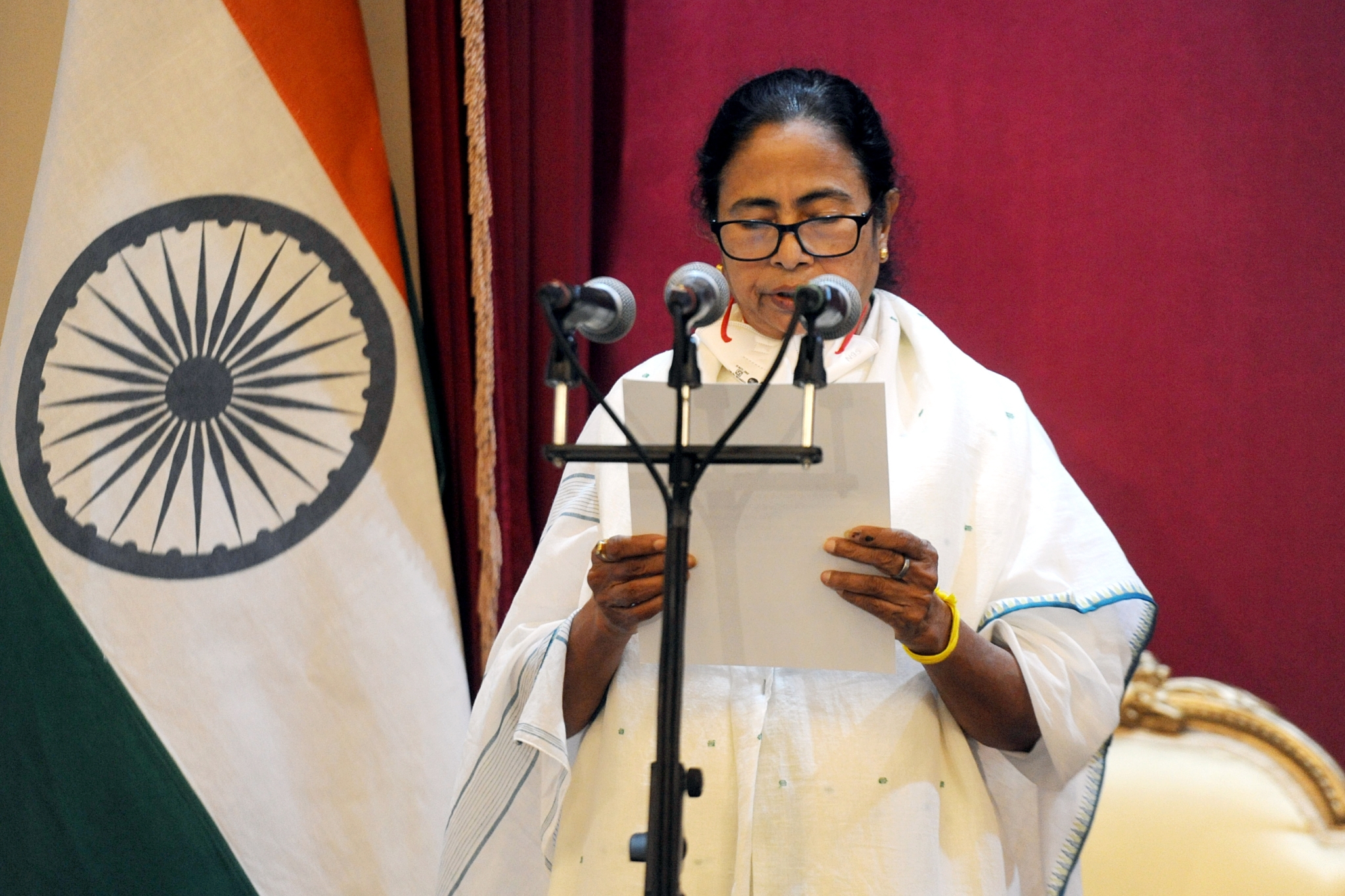 Kolkata: West Bengal Chief Minister Mamata Banerjee will take oath as an MLA on October 7 and the Trinamool Congress (TMC) has invited Governor Jagdeep Dhankhar to administer the oath of office at the State Assembly instead, said Partha Chatterjee, party General Secretaryon Monday.

Speaking to ANI, Chatterjee said, "We suggested and requested the Governor to come down to Assembly and administer the oath of office on October 7." However, Dhankhar said he will wait till the official gazette notification on the Bhabanipur by-poll result is issued.

"Raj Bhawan response on the administration of Oath/Affirmation to the Members elected to the WBLA in bye-election from 159-Bhabanipur A/C, and the adjourned poll in 56-Samserganj and 58-Jangipur A/Cs held on 30 September 2021. Once Gazetted Governor would take call," tweeted the official Twitter handle of the West Bengal Governor.

Earlier on October 3, following TMC's poll victory in Bhabanipur, Jangipur and Shamsherganj, a request was made to the Governor by the state that the Bengal assembly speaker be given the responsibility to administer the oath to the newly-elected MLAs on October 4.

Responding to a question on the Governor's decision to conduct the oath-taking ceremony in the Governor house, Chatterjee said, "It is our desire and request to the governor that the oath-taking be conducted in the Assembly." Answering a query on TMC and other opposition leaders not being allowed in the Lakhimpur Kheri district in Uttar Pradesh following violence that broke out after a car hit protesting farmers, Chatterjee said, "This is their (BJP) culture. They are scared of TMC and Mamata Banerjee." Bhabanipur gave its verdict for Trinamool Congress chief Mamata Banerjee as she won the assembly constituency by-polls with a margin of over 58,000 votes.

According to the Election Commission of India, Mamata Banerjee secured 85,263 votes which are around 71.90 per cent of the total votes connected in the by-elections. Banerjee's main competition, BJP candidate Priyanka Tibrewal got 26,428 votes and CPI (M) candidate Srijib Biswas secured 4,226 votes.

Meanwhile, not just Bhabanipur, TMC has also won the Assembly polls of Samserganj and Jangipur. It is pertinent to mention that despite losing Zaidur Rahman of the Congress have secured 70038 votes pushing BJP to be a distant third with just 10000 votes. Mamata Banerjee had announced candidates for the rest of the four constituencies waiting for bypoll on October 30. 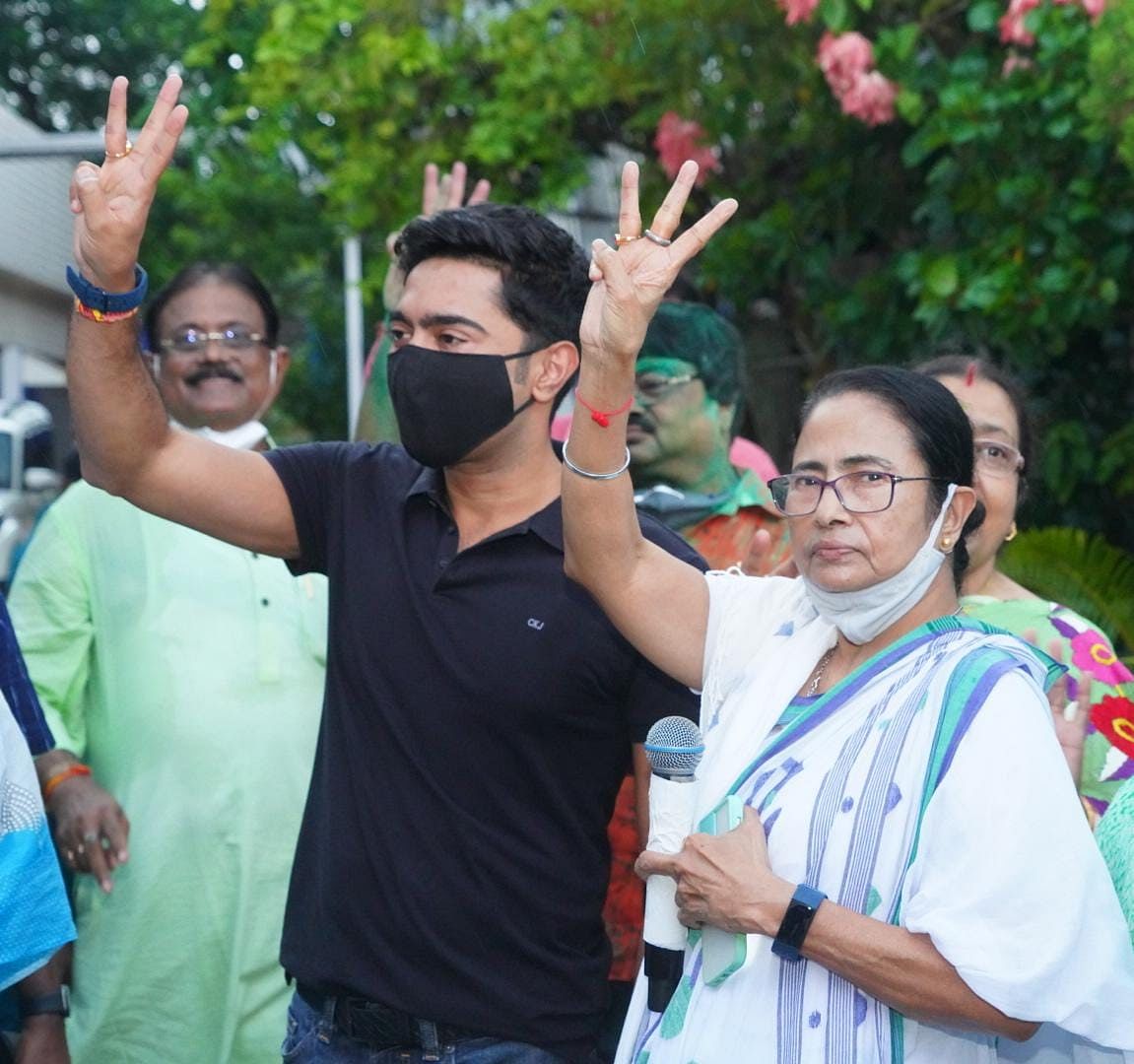