"I want to say to them (Asaduddin Owaisi & Mehbooba Mufti) to maintain peace & brotherhood and also suggest them to read history again. The matter is in the court, they should not interfere & disturb the environment," said Lekhi.

This came after the comments of Owaisi and Mufti in the wake of the Varanasi court order directing the district administration to seal the place in the Gyanvapi Masjid complex after counsels representing the Hindu petitioners claimed a "Shivling" was found during a court-mandated videography survey.

Slamming the court order, Owaisi said this was a "textbook repeat of December 1949 in Babri Masjid".

"This is a textbook repeat of December 1949 in Babri Masjid. This order itself changes the religious nature of the masjid. This is a violation of 1991 Act. This was my apprehension and it has come true. Gyanvapi Masjid was & will remain a masjid till judgement day inshallah," he tweeted. In another tweet, the Hyderabad MP said, "We were betrayed once in 1991-92, I hope we are not betrayed again."

Mufti, meanwhile, slammed the BJP-led Centre over the Gyanvapi Mosque row, and said that "they are after all our mosques".

Addressing a press conference, Mufti said, "They are after all our mosques. They are after the Gyanvapi Mosque now. Our God is wherever we worship; give us a list of all mosques you are eyeing..." "Would everything be okay when they take all of it?" she asked.

Read Also
'Betrayed once in 1991-92, hope we are not betrayed again': Asaduddin Owaisi on Varanasi court's... 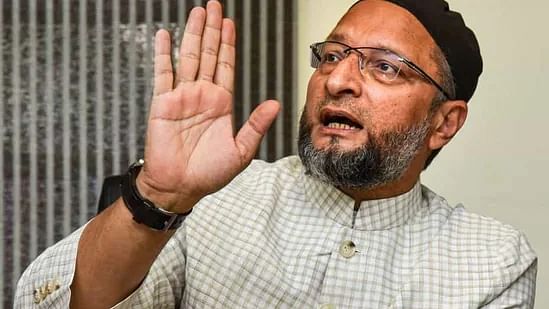