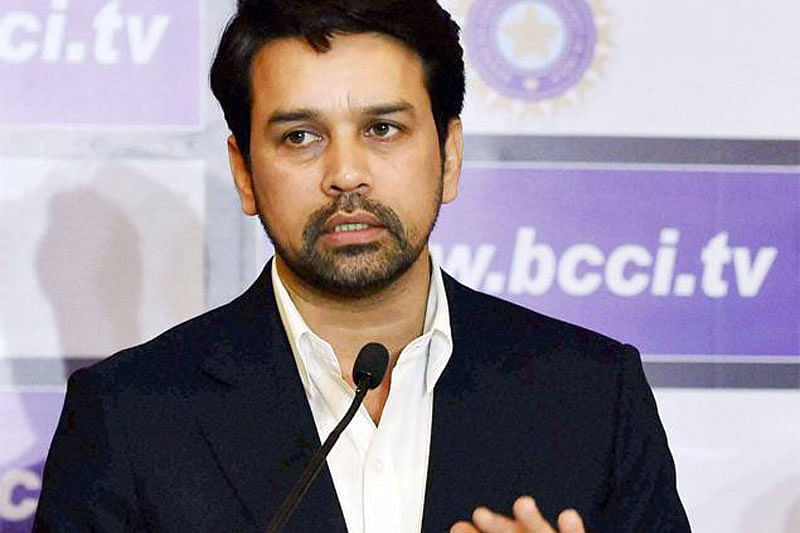 As BCCI President Anurag Thakur refused to speculate on the fate of the ongoing Test series with New Zealand but categorically stated that the game cannot be run without money, the Lodha Panel hastened to clarify that it did not direct the banks to freeze cricket Board’s accounts. “We have not frozen the accounts of BCCI, we have directed the BCCI to not disburse funds to the state association. Day to day affairs, routine expenditure, matches, games, that should go on. There is absolutely no prohibition,” Lodha said.

But Thakur said it was unfortunate that they were not allowed to release funds to the state associations, which depend on them for money for hosting the games. “I can’t talk about whether series will go on or not but if players and associations are not paid, it raises serious at a time when the team is number one in Tests, No 2 in T20s, No 3 in ODIs. It’s the most powerful Board. We have created a successful tournament like IPL. We can’t run the game without money,” Thakur said.

“BCCI does not take any money from outside whether it’s central or state government. Banks were told not to release payments. It is unfortunate that such a situation has arisen. Has BCCI not done anything at all these years, these questions need to be answered,” Thakur fumed. He also expressed his apprehension whether India would be able to play the prestigious Champions Trophy next year.

He said the BCCI is opposed to Justice Lodha Committee’s recommendation that a 15-day window should be given to players between India’s international calendar and the cash-rich Indian Premier League.

The panel had written to the banks: “It has come to the notice of this Committee that certain decisions have been taken at the ‘Emergent Working Committee’ meeting of the BCCI on 30th September 2016 to disburse large funds to the various member associations. You are also aware that the BCCI has chosen to breach the judgment of the Hon’ble Supreme Court as well as the first set of Timelines set out by this Committee which includes the Fund Disbursement policy to be framed by 30.9.2016. As the status report is to be taken up for directions by the Hon’ble Court on Thursday, 6.10.2016, you are hereby directed not to take any steps towards financial disbursement of the amounts as resolved/approved after the direction dated 31.8.2016. Any violation of this direction will be placed before the Hon’ble Supreme Court for appropriate directions.”