Locusts attack in India: Several districts in UP on alert as swarms enter the state 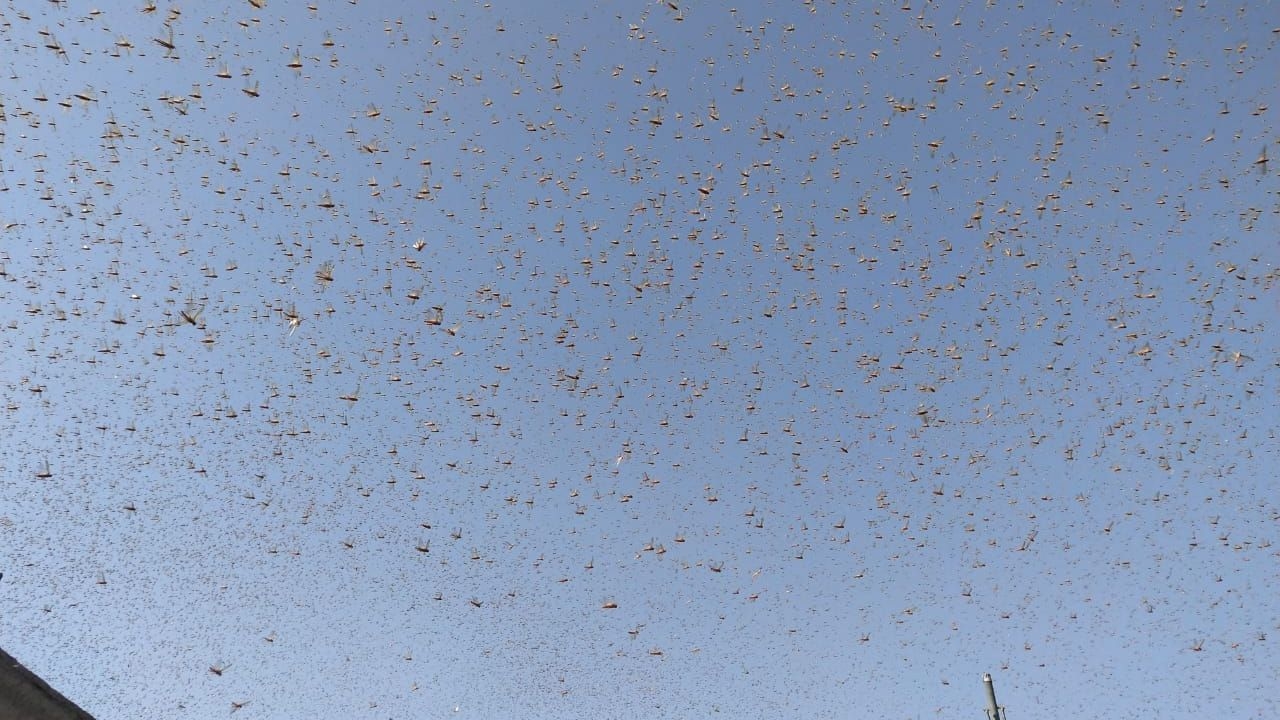 The locust swarms coming in waves into Rajasthan from Pakistan over the last one and a half months have created havoc in the country by devouring crops along their path as they cross from one state to another.

The UP Agriculture Department said that the authorities of the neighbouring districts like Hamirpur, Banda, Fatehpur, Kaushambhi, Mirzapur, Sultanpur, Mau, and Ballia have been asked to remain alert.

"A swarm of locusts had come to Deoria, but they descended only on the Baisila Mainuddin village. Villagers made noise and chased them away. The swarm has gone towards Kushinagar. We are spraying chemicals to kill the pests and all districts have been put on alert," he said on Sunday.

Shahi said insecticides are being sprayed through fire department vehicles. People have been told to make a loud noise by beating 'thaalis' and other utensils, he said. Police sirens will also be blared and smoke would be used to chase the locusts away.

Meanwhile, villagers in UP were spotted making a loud noise by beating 'thaalis' and other utensils to to chase the locusts away.

Check out the videos here:

The minister said, "The UP government has given Rs five lakh to each of the bordering districts of the state for spraying chemicals to kill locusts. Apart from this, a monitoring committee has been formed in each district under the chief development officer to continuously monitor the situation."

With the onset of monsoon in the state, Jodhpur-based Locust Warning Organisation (LWO) has intensified preparation to control the population of locusts that are hovering in the desert areas between India and neighbouring Pakistan which is now a breeding ground for the pests.

According to experts, broadly four species of locusts are found in India -- desert locust, migratory locust, Bombay locust, and tree locust. The desert locust is considered the most destructive since it multiplies rapidly and is capable of covering 150 kilometers in a day. 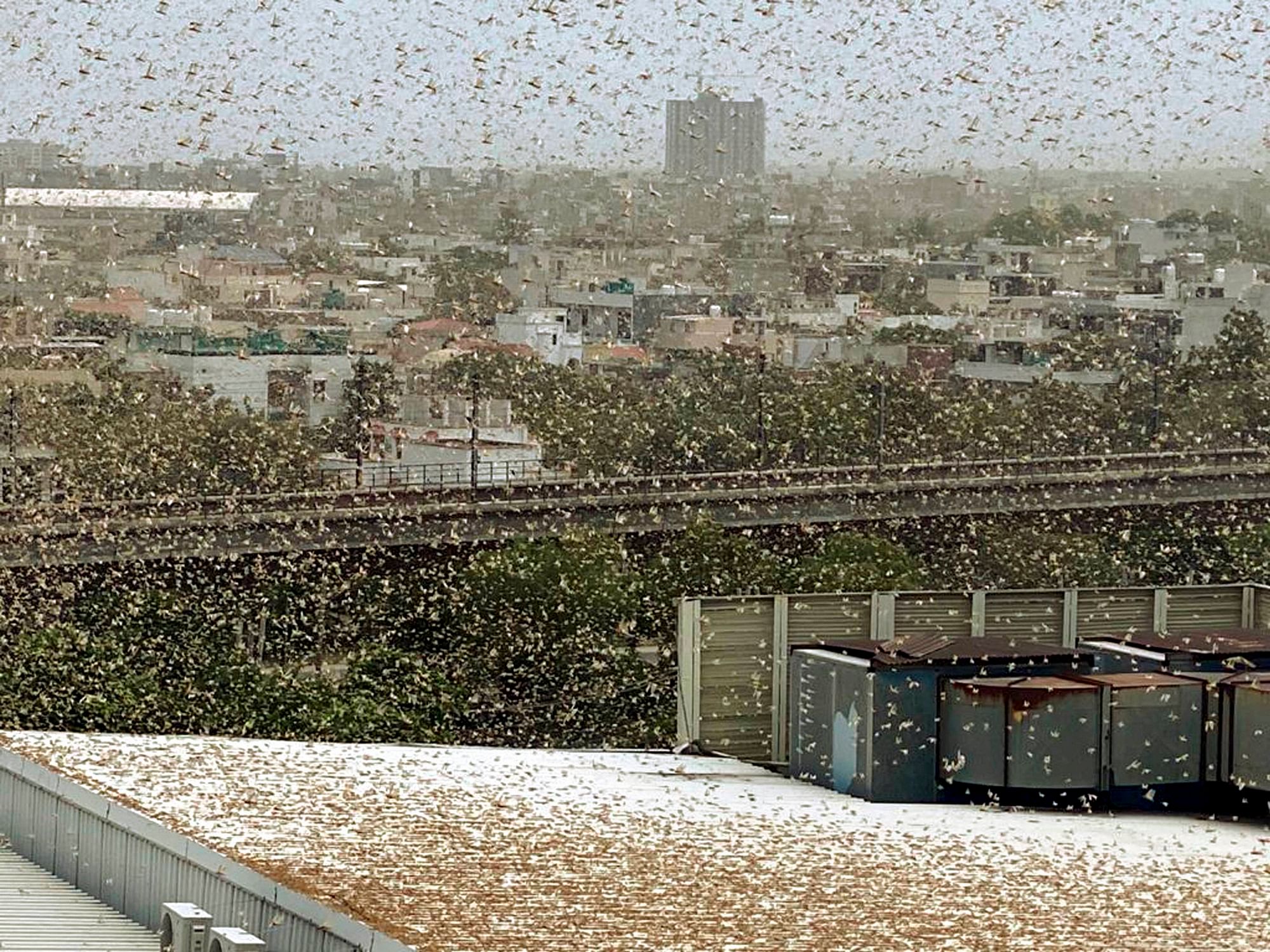 This insect, a type of grasshopper, can eat more than its body weight. One square kilometer of locust swarm containing around 40 million locusts, can eat as much food as 35,000 people in a day.

Experts blame the growing menace of desert locusts on climate change. They say breeding of locusts is directly related to soil moisture and food availability.

According to information received from the Ministry of Agriculture, till June 26, locust control operations were carried out over an area of 1,33,225 hectares at 1,033 places in 90 districts of eight states in the country.

These 90 districts include 27 in Rajasthan, 40 in Madhya Pradesh, five in Gujarat, one in Punjab, 10 in Uttar Pradesh, four in Maharashtra, one in Chhattisgarh, and two in Bihar.

Apart from this, swarms of grasshoppers too were looming on Saturday over some areas of NCR-Delhi, including Gurugram, Rewari, Jhajjar, Faridabad and Palwal in Haryana.