Congress leader Jitin Prasada joined the Bharatiya Janata Party (BJP) on Wednesday, in a boost to the saffron party as it works to strengthen its social coalition ahead of assembly elections in the politically crucial state of Uttar Pradesh early next year.

Other parties were either about personalities or confined to some particular regions, he said, echoing the BJP's criticism of its rivals like the Congress and several regional parties.

The 47-year-old former Union minister, who comes from a well-known Brahmin family of Uttar Pradesh, refrained from attacking the Congress leadership but said he had realised that it was no longer possible for him to serve people and protect their interests while remaining in his former party.

Noting that his family had been associated with the Congress for three generations, he said he had reflected long before severing the ties, and asserted that it was not about which party he was quitting but which he was joining.

"Congress is happy with the departure of Jitin Prasad. It is a common action like throwing garbage in the dustbin," tweeted Madhya Pradesh Congress in Hindi. However, they deleted the tweet later. 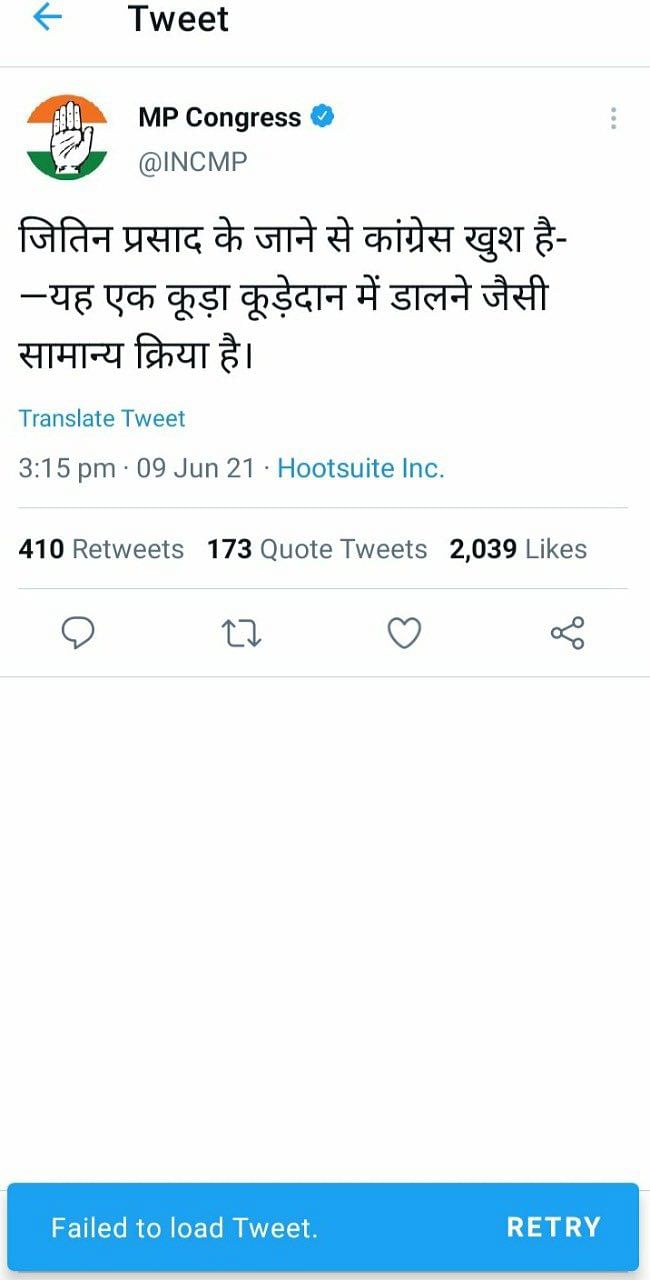