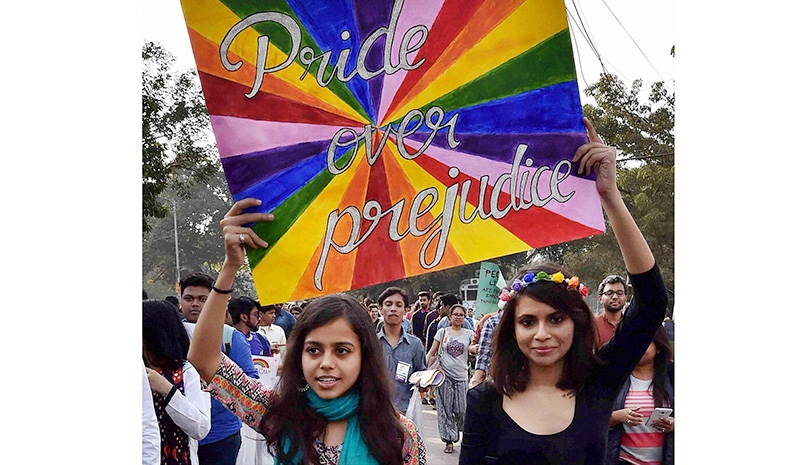 Kolkata : Hundreds of members of the LGBT community participated in the Kolkata Rainbow Pride Walk 2016, demanding revocation of Section 377, implementation of the NALSA judgement and withdrawal of the Transgender Persons (Protection of Rights) Bill, 2016.

The participants, accompanied by their family members and friends, flaunted vivid costumes. While many dressed up as iconic comic book characters, many turned up in rainbow-coloured costumes to mark this year’s theme: Law and Rights.

Listing out their demands through slogans and songs, the participants said the Transgender Persons (Protection of Rights) Bill, 2016, should be withdrawn and a new bill incorporating the community’s inputs should be introduced.

“The bill has not included any of the feedback from the community and is in complete violation of a Supreme Court order. It also does not talk of any reservation for transgender people in education and jobs, or spell out what constitutes discrimination and violence against transgender people,” the participants said.

Winding their way through Esplanade in central Kolkata to Park Circus Maidan towards the city’s south, with many aboard a slew of mini-trucks adorned in rainbow hued balloons, they shouted: “It is my body and my wish… be gone demons.”

They also asked for honouring NALSA verdict and a “read down” of Section 377 of the IPC to exclude consensual same-sex from its purview. Extending their support to other minorities, one of their other demands was institution of a judicial probe into transwoman Tara’s death. In November 2016, the burnt body of Tara was found outside a police station in Chennai.                 —IANS