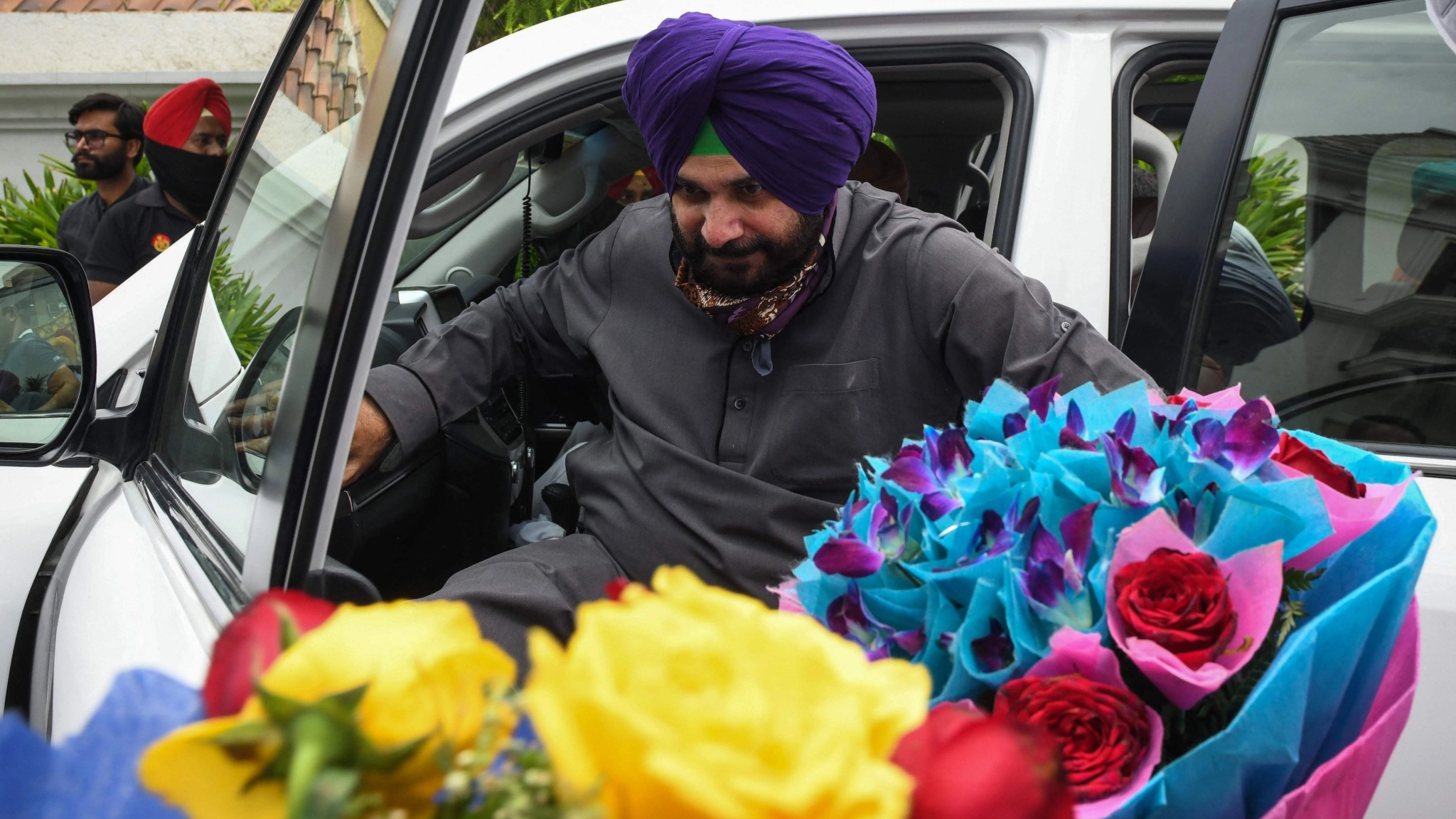 While the Bharatiya Janata Party on Saturday hit out at the Congress after its Punjab unit president Navjot Singh Sidhu reportedly called Pakistan prime minister Imran Khan his "elder brother" during a trip to Kartarpur Sahib, the Punjab congress chief did not pay much heed to the critcism by the saffron party.

While responding to the questions of media on BJP's allegations of him calling Pakistan PM Imran Khan his 'big brother, he said, "Let BJP say whatever they want..."

His reaction comes hours after the BJP alleged that the Congress party sees terror groups like IS and Boko Haram in Hindutva while it finds a "bhai jaan" in Khan.

It is a serious matter of concern for India, BJP spokesperson Sambit Patra said as the ruling party seized on the issue to target the Congress. He claimed that there was a larger design at work, and Sidhu's comments were linked to a number of Congress leaders, including Rahul Gandhi, criticising Hindutva.

Referring to Congress leader Salman Khurshid's statement in his latest book, Patra said the opposition party sees terror groups such as the ISIS and the Boko Haram in Hindutva while it finds a "bhai jaan" in Khan.

Sidhu is not right for India and Punjab deserves better than him, he said. Pakistan's foreign minister had recently described Hindutva as a threat to global security, and he had borrowed the term from Rahul Gandhi, the BJP leader alleged.

Last time he had hugged Gen Bajwa, Pakistan Army's Chief, heaped praises. Is it any surprise that the Gandhi siblings chose a Pakistan loving Sidhu over veteran Amarinder Singh?" India had recently opened the Kartarpur Sahib corridor, and a number of pilgrims from Punjab, including politicians, have visited the place on the occasion of Sikhism founder Guru Nanak's birth anniversary.