Latehar murder: Jharkhand CM asks administration to be on alert 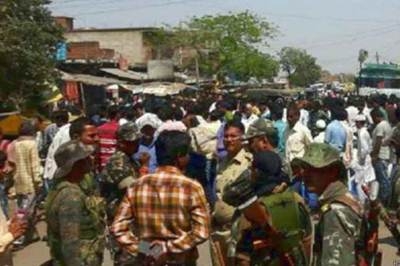 New Delhi: Jharkhand Chief Minister Raghubar Das on Sunday said he has given directions to the state administration to ensure that incidents like the Latehar murder where the dead bodies of two Muslim cattle traders were found hanging from a tree are not repeated.

“The police have arrested some people in this matter. In Jharkhand, an act is also there that no one can take animals outside the state. The police are working to contain the situation. We have directed the administration to ensure that such incidents don’t recur,” Das told ANI.

The bodies of two cattle traders, one of whom is a teenager, were found hanging from a tree in Jhabbar village in Jharkhand’s Latehar district day before yesterday.

The police arrested five persons in connection with the case while three others are still absconding.

According to the police, their hands were tied and the bodies bore injury marks, indicating they were hanged after being beaten to death.

They were reportedly caught by a group of persons in the early hours, beaten to death and hanged.