Uttar Pradesh Chief Minister Yogi Adityanath has assured action in the violence that broke out at Lakhimpur Kheri after a car was allegedly run over protesting farmers claiming lives of eight people so far.

The UP CM said that the state government will go into depth and expose elements involved in the incident and will take strict action against them.

According to the notification issued by the government, it said, that it will go to the bottom of the causes of this incident and expose the elements involved in the incident and take strict action against the culprits.

Additional Chief Secretary Appointment, Personnel and Agriculture, ADG Law and Order Commissioner Lucknow and IG Lucknow are present on the spot and keeping the situation under control, they are deeply investigating the cause of the incident.

The government will take strict action against whoever is responsible for the incident.

"There is an appeal to all the people of the area to stay at their homes and do not fall prey to anyone's mischief, contribute to maintaining peace and order on the spot, wait for the investigation and action on the spot before reaching any conclusion," the notification added.

Two SUVs were set on fire by angry farmers, reports said, after they hit a group of protesters. Four of the dead were travelling in the vehicles, an UP government official in Lucknow said.

The farmers had assembled there to oppose Maurya's visit to Banbirpur, the native village of Union Minister of State for Home and MP Ajay Kumar Mishra. Maurya's visit to Banbirpur village was cancelled in view of the violence. The violence broke out after two SUVs allegedly ran over a group of anti-farm law protesters, who were demonstrating at the Tikonia-Banbirpur road.

Farmers alleged that the Union minister's son was in one of the vehicles, a charge denied by Mishra.

Mishra told PTI over the phone that three BJP workers and a driver were beaten to death by "some elements" in the protesting farmers after a car in which they were travelling turned turtle following pelting of stones. Mishra said neither his son nor he was present at the site when the incident occurred.

He said the incident happened when some BJP workers were going to receive Maurya, who had come to attend an event at Lakhimpur Kheri.

Meanwhile, Tikait in a video message on Twitter said, "Farmers in Lakhimpur were returning after the protest when they were attacked. Some of them were run over, while the fire was also opened on them. According to information we have so far, several people have died in the incident." The president of the Rashtriya Kisan Manch, Shekhar Dixit, termed the incident "shameful". 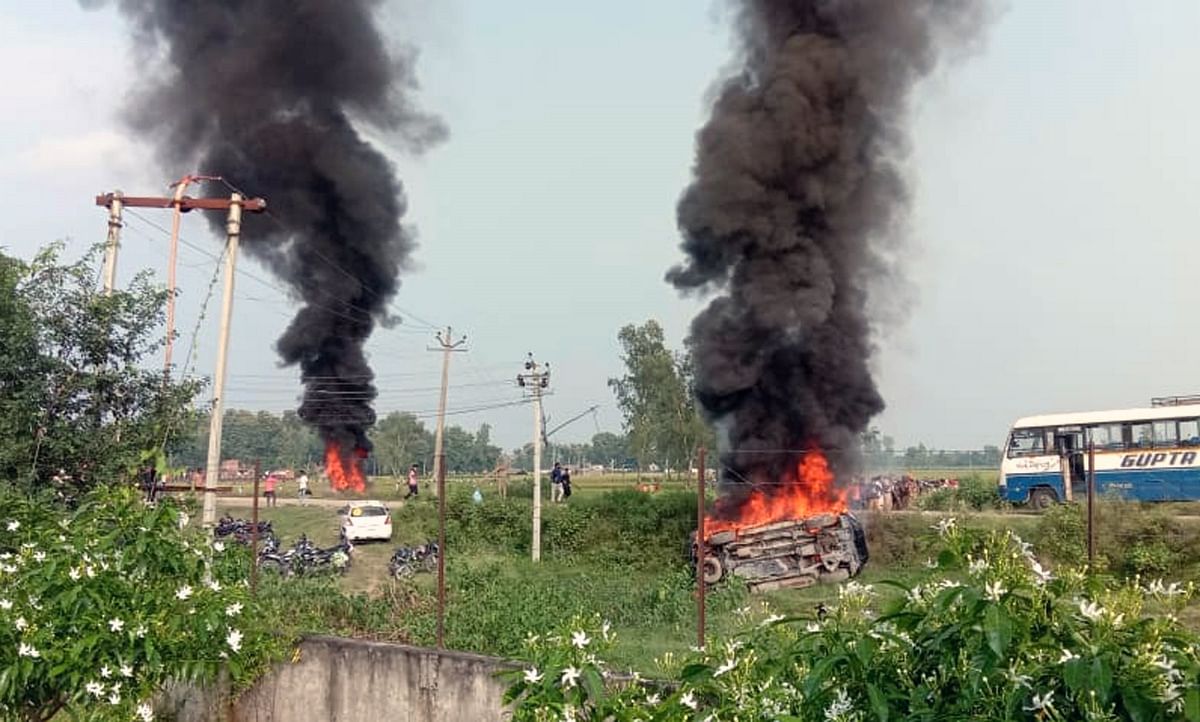 Lakhimpur Kheri violence: Neither my son Ashish nor I was present at the site, says MoS Home Ajay...