Lakhimpur case: Cong up in arms. Dharnas, detention and march go on 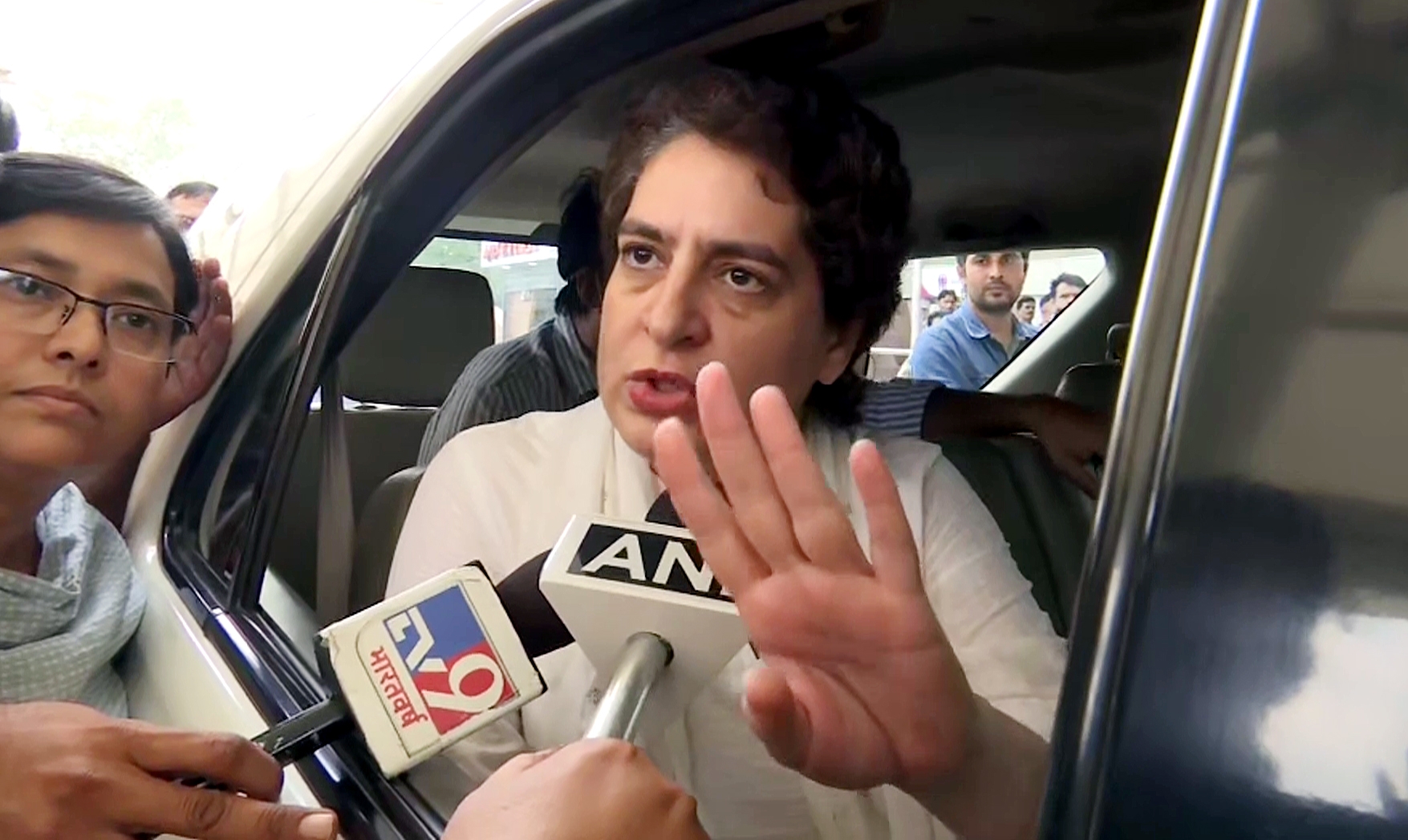 After meeting with families of the deceased farmers in Lakhimpur, Priyanka addresses the media on Thursday | ANI

Lucknow: With Supreme Court taking note of Lakhimpur case and issuing notice to Uttar Pradesh government, the Congress led by Priyanka Gandhi continued with its agitations and other programmes against the brutal incident.

After meeting with families of the deceased farmers in Lakhimpur on Wednesday, Priyanka headed for Behraich on Thursday. On way to Behraich, Priyanka Gandhi was stopped at Ghaghra Ghat, Barabanki by district administration. The administration refused to let her go in a large convoy. Priyanka Gandhi sat on dharna at Ghaghra Ghat for about an hour. Later on, the police allowed her to go to Behraich with another Congress leader and former MP PL Punia and two others.

The state police also had to scuffle with Punjab Congress Chief Navjot Singh Siddhu in Saharanpur where he reached with over one thousand party workers. Siddhu was marching towards Lakhimpur to meet the farmers’ families. However, the UP Police have detained Siddhu at the Sarsawan police station for two hours, but later he was allowed to go Lakhimpur in the evening with only 25 partymen.