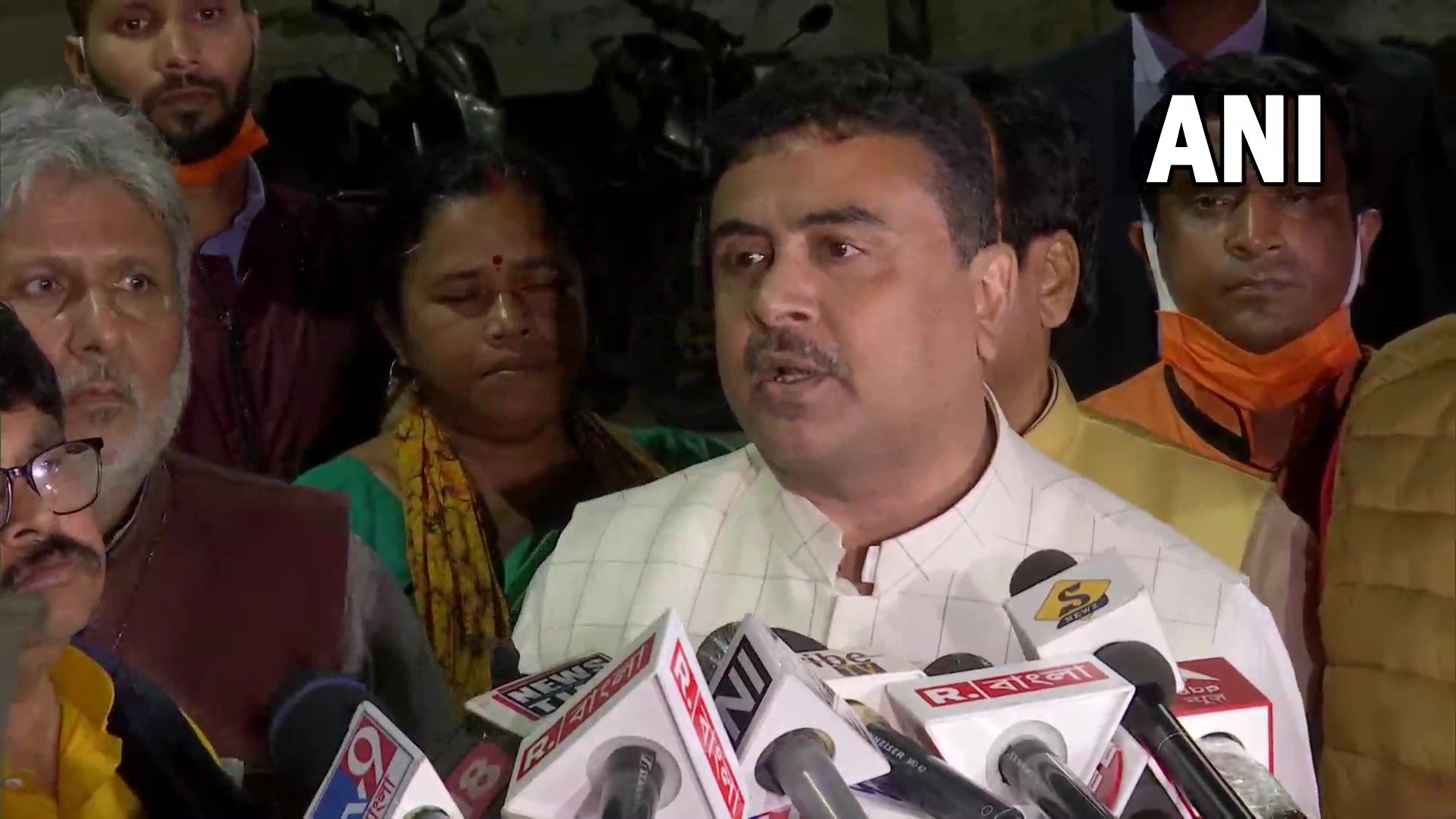 Kolkata: At a time when Chief Minister Mamata Banerjee claimed that the Kolkata Municipal Corporation (KMC) poll was ‘peaceful’ and thanked the state and city police for conducting the poll ‘peacefully’, Leader of Opposition Suvendu Adhikari along with other BJP MLAs and MP Arjun Singh met Governor Jagdeep Dhankhar demanding repoll.

According to Suvendu, there is evidence that there were incidences of booth rigging and violence across the city during the polls.

“Not even 20 per cent of genuine voters of Kolkata have voted. At several places CCTV cameras were either damaged or were stopped for which we demand repoll of the entire KMC,” stated Adhikari.

Incidentally, Suvendu along with other BJP MLAs were kept in almost house arrest by the Bidhannagar Police Commissionerate and were not allowed to leave the place for almost two hours.

“TMC leaders were seen walking out of MLA hostels and our MLAs were locked from outside in the hostel. I along with other MLAs were not allowed to leave Bidhannagar which doesn’t fall under KMC. I had asked the police to arrest me and also to show on which ground they had confined us, but the police failed to give any concrete answer,” alleged the Leader of Opposition.

The BJP leaders also claimed that they will put all the records in Calcutta High Court during the hearing of deployment of central forces during polls on December 23.

“The Chief Minister calls the PM and HM outsiders and now calling us outsiders. We wanted free and fair elections and not violence,” claimed the LoP.

Slamming the State Election Commissioner Sourav Das, the BJP leaders said that the SEC is answerable for the ‘violence’.

“There was no need to gather during the polls. Even I want to ask why the BJP leaders assemble. It was a ploy to disturb the poll as they are aware that the saffron camp won’t gain anything in this poll,” said Chatterjee.

KMC chairperson Firhad Hakim, hopeful to win the polls, claimed that TMC will get at least 130 to 135 seats from a total of 144.