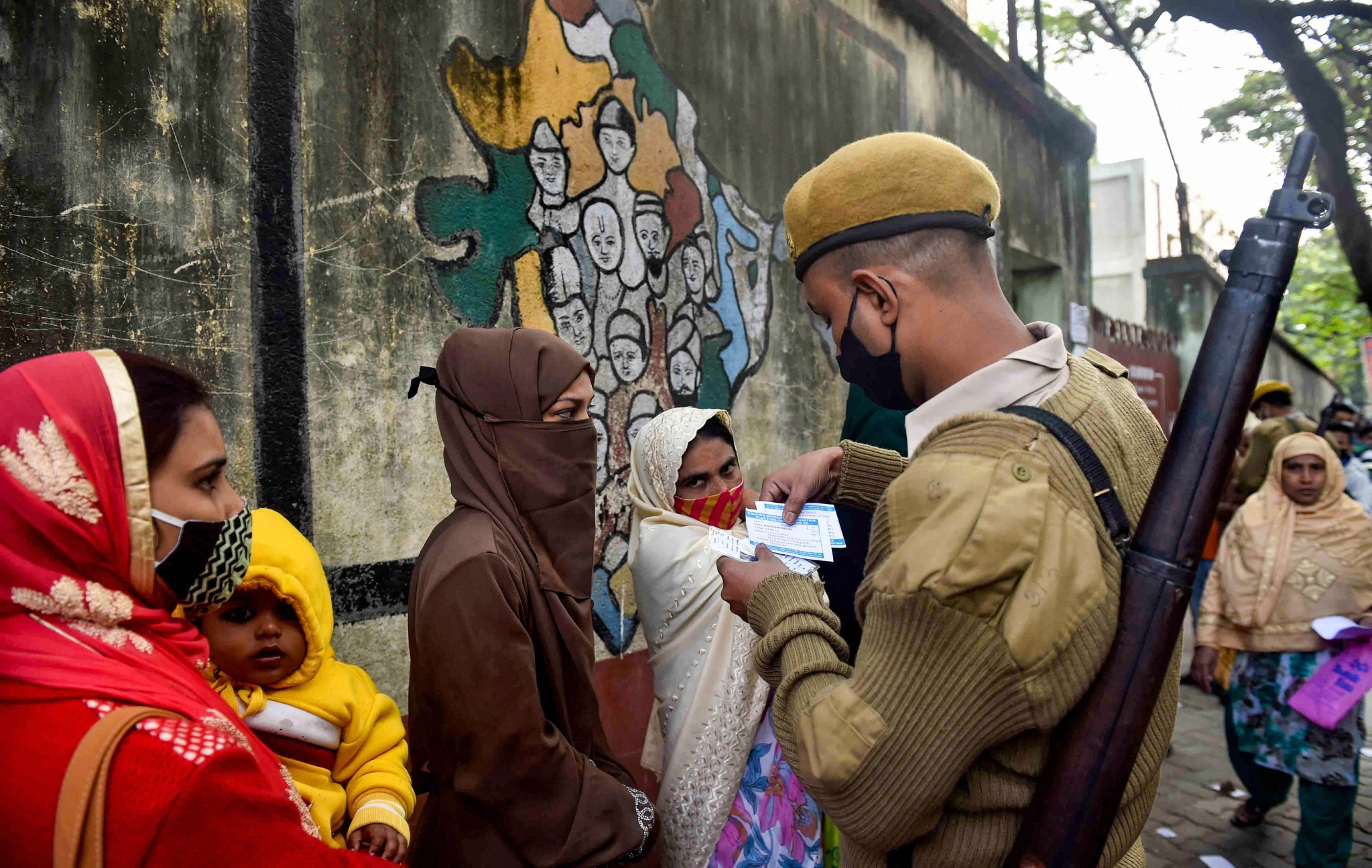 Kolkata: Amidst sporadic incidents of violence, the Kolkata Municipal Corporation (KMC) saw 64 per cent turnout till 5 pm on Sunday.

In two separate incidents of crude bombing in North Kolkata in Sealdah and Khanna, two voters were critically injured.

BJP candidate in ward 22 and sitting counsillor Meena Devi Purohit was assaulted at her ward and BJP candidate Rajarshi Lahiri was brutally beaten up by the alleged TMC goons while he was doing Facebook live.

According to BJP chief Sukanta Majumdar, the ruling Trinamool Congress had ‘broken the democracy’ and ‘staged drama’ by conducting KMC polls through Kolkata and state police.

The saffron camp had also agitated at different parts of the state after their candidates and cadres were allegedly hackled during the polls.

In Brabourne Road and in Shyambazar the candidates of all the opposition parties were seen protesting after their polling agents were allegedly threatened and was removed from the booths.

The CPI (M) candidates were also heckled at different wards.

Demanding repoll of at least nine booths under ward 127, CPI (M) chairman Biman Bose said that the Left Front will agitate across the state and will also submit a deputation to the State Election Commission on Monday.

According to Joint Commissioner of Police, a total of 72 arrests were made throughout the day after incidents of violence were reported.

“There was news of damaging of CCTV cameras and soon after getting the news things were sorted. Under Amherst Street police station in Sealdah, a crude bomb was hurled injuring three people and an arrest was done in this regard. The police is aware and all steps will be taken to curb violence,” said the Joint CP.

Meanwhile, ahead of casting her vote, Chief Minister Mamata Banerjee said the KMC polls were ‘peaceful’.

“It is a festival of democracy and people are coming out to vote happily. The police are doing good job and the poll is peaceful,” said the Chief Minister.

TMC national secretary Abhishek Banerjee said that if anyone can prove that TMC cadres had done violence then the party will take strict action against them.

“The BJP, CPI (M) and Congress are purposely creating problems sensing defeat. Their aim to tarnish TMC’s image won’t be successful. Party will take strict action against those involved in violence during the poll,” mentioned Abhishek.

Incidentally, till the time of reporting incidents of sporadic violence were also reported in South and Central Kolkata after the poll time was over injuring few individual candidates.