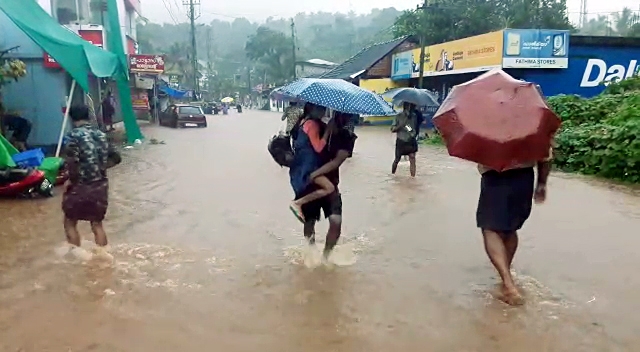 Other districts that have been issued with an orange alert include Ernakulam, Idukki, Thrissur, Palakkad, Malappuram, Kozhikode, Wayanad and Kannur districts.

A yellow alert has been sounded in Kasargod, Alapuzha and Kollam district for October 20.

This comes amid incessant rainfall in the state over the past few days.

Meanwhile, dam authorities in Kerala are taking cognizance of the situation arising out of the torrential rainfall. Shutters of several dams have been opened to prevent them from overflowing.

According to official estimates, heavy rains in the state have claimed the lives of 27 people. Of these, 14 deaths were reported in Kottayam district, 10 in Idukki district, and one each in Thiruvananthapuram, Thrissur and Kozhikode districts.