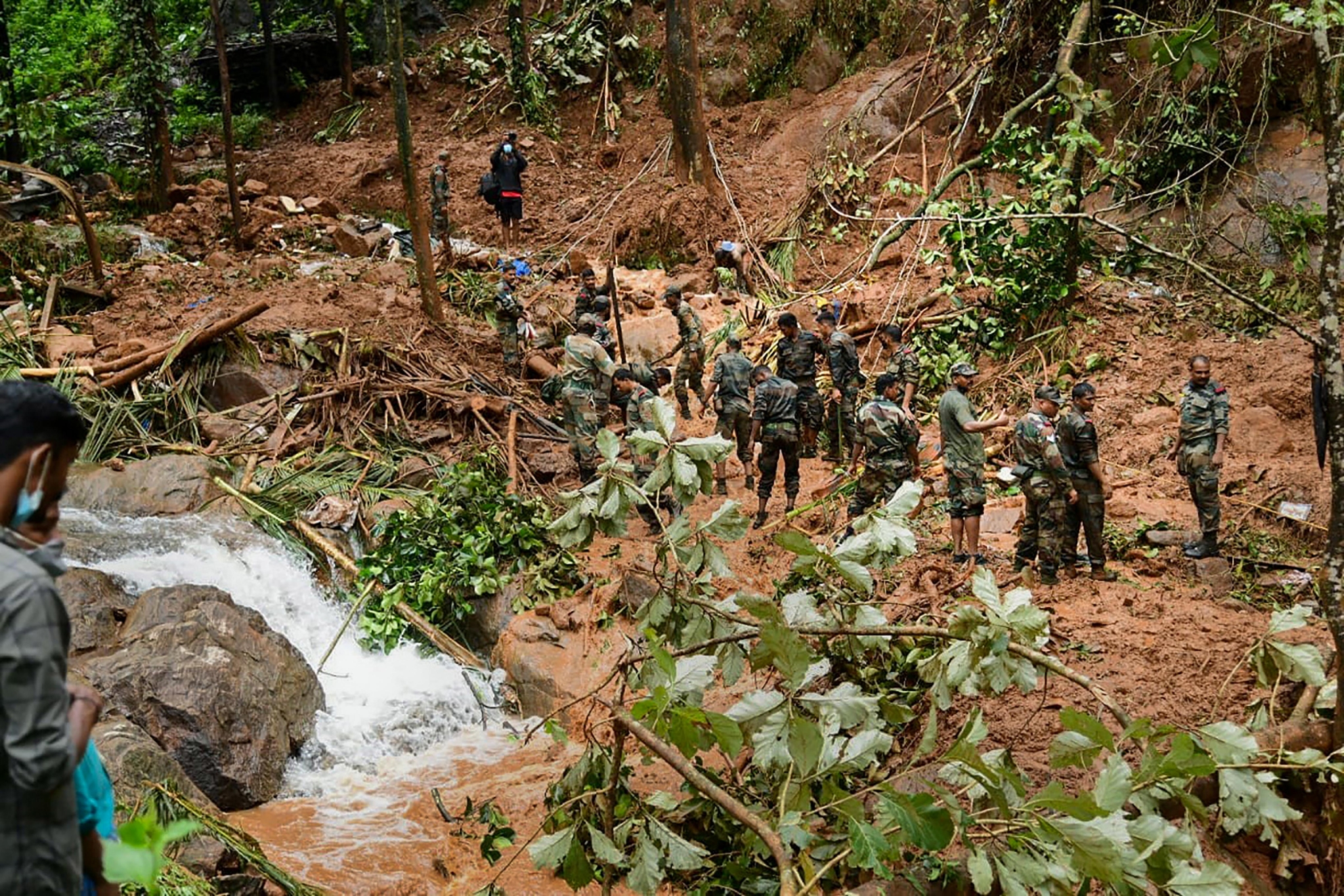 Six more bodies were recovered from Kerala's Kottayam and Idukki districts on Sunday taking the total death toll in the state to 21 as incessant rains lashed the state causing landslides and flash floods in several parts.

13 bodies were recovered from Kottayam and eight from Idukki, the State's Information and Public Relations Department said on Sunday.

Personnel from the three defence forces -the Army, Navy and the Air Force have been pressed into service for rescue and rehabilitation efforts in the state.

Kerala Chief Minister Pinarayi Vijayan today urged people in the state to take all precautions against the rain. "105 relief camps have been set up across the State and arrangements have been made to start more camps," he said.

The chief minister held a high-level meeting to intensify the rescue efforts and evacuate people stranded in areas flooded due to heavy rain.

Union Home Minister Amit Shah said the Central government will provide all possible support to help people in the state.

"We are continuously monitoring the situation in parts of Kerala in the wake of heavy rainfall and flooding. The central govt will provide all possible support to help people in need. NDRF teams have already been sent to assist the rescue operations. Praying for everyone's safety," he tweeted.

The Met department said that a low-pressure area over the southeast Arabian sea and adjoining Kerala has become less marked and there is a possibility of light to moderate rainfall at many places with only isolated heavy rainfall over Kerala during the next 24 hours and further decrease thereafter.

Earlier today, Indian Air Force medium-lift helicopters have been inducted for flood relief efforts in districts of Kerala inundated due to heavy rains.

A total of 11 teams of the National Disaster Relief Teams (NDRF) have been deployed to the state in coordination with the Kerala State Disaster Management Authority (KSDMA).

State ministers K Rajan, Roshy Augustine and VN Vasavan participated in a review meeting to assess the situation arising due to heavy rains in the state, at Mundakkayam in Kottayam this morning.