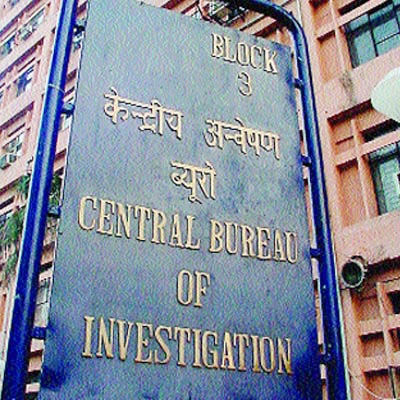 Thiruvananthapuram : The Central Bureau of Investigation (CBI) probe into the nurses’ recruitment scam rocking Kerala got under way with the Interpol reportedly arresting key accused Uthup Varghese in Abu Dhabi.

Uthup, who allegedly swindled over Rs 300 crores from about 1200 nurses his Kochi-based firm Al Sarafa Travel and Manpower Consultants recruited to Kuwait, was arrested with the help of UAE officials following a Red Corner alert issued by the international police agency on a request by the Indian agency.

Sources in the CBI said that they will soon initiate the process for getting him extradited to India.

They said he will be brought to Kerala to stand trial in the case. Uthup (48), who hails from Chief Minister Ommen Chandy’s constituency of Puthupally in Kottayam district, is the third accused in the case.

Former Ernakulam Protector of Emigrants L. Adolfus, who was arrested earlier, is the first accused in the case, which came to light following seizure of unaccounted money worth Rs.3 crores from Al Zarafa Travels. The CBI found that Adolfus had facilitated the extortion after taking money from Uthup.

The arrest of Uthup  came a week after his lawyers moved the Supreme Court seeking anticipatory bail. The Kerala high court had in June rejected his plea for anticipatory bail. Uthup had fled to Kuwait after the CBI raided his business and issued an arrest warrant against him.

The CBI case is that he had allegedly taken Rs.20 lakhs each from the nurses recruited for the Kuwait Health Ministry as against the Rs.19, 500 he was entitled to charge after taking an undertaking from them that the money they paid for recruitment was the legally admissible fee.

This worked out 100 times more than the fee he was entitled to charge.

Uthup has been charged with various sections of the IPC including, criminal conspiracy with a public servant to commit criminal misconduct under the Prevention of Corruption Act, and collection of excess service charge from emigrants.