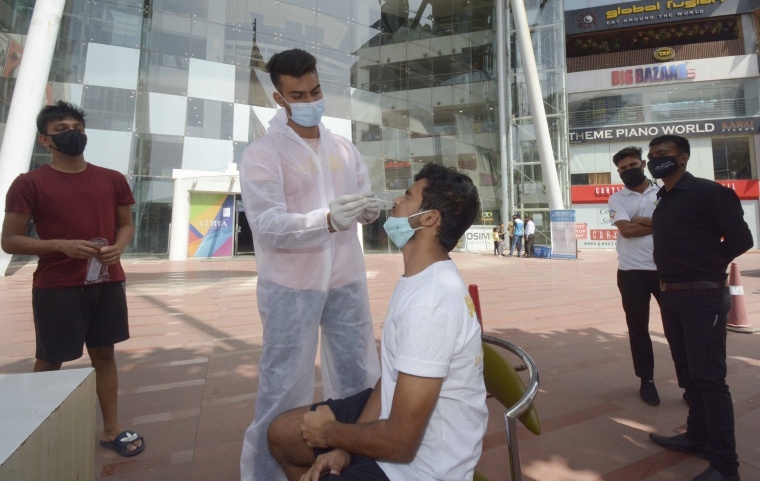 New Delhi: A six-member central team that visited eight districts of Kerala has said from August 1 to August 20, the state may witness around 4.6 lakh COVID-19 cases.

The unlocking of activities, approaching of the Onam festival (August 20) and reopening of tourism pose challenging scenarios and it is a cause of concern, National Centre for Disease Control (NCDC) Director Dr Sujeet Singh, who headed the central team, said at a press conference here on Tuesday.

Kerala accounted for more than half of the COVID-19 cases recorded in the country in the last seven days, the Centre said on Tuesday.

Singh said the southern state has recorded a high number of reinfections even after two doses of the vaccine being administered and the issue is being probed.

For example, 14,974 people got infected with the virus after receiving the first dose and 5,042 after being administered both doses of the vaccine in Pathanamthitta (according to information shared by the district), he said.

According to the report submitted by the team, the COVID-19 positivity rate was found to be more than 10 per cent in all the eight districts and at some places, it was found to be increasing. Over 80 per cent of the cases were of the Delta variant of the virus.

"The current Rt value of Kerala is 1.12. Going by the current trend, it is expected that for the period of August 1 to August 20, the state may witness around 4.62 lakh Covid cases," Singh said.

During the visit, the team found that containment zones (CZs) were not made according to the Centre's guidelines, and the perimeter control and cordoning off of the CZs were not strict. Also, there were no buffer zones surrounding the CZs, Singh said.

The test positivity rate (TPR) was found to be ranging from 10 to 14 per cent and in some areas, it was 15 to 20 per cent. The TPR in Malappuram and Pathanamthitta was showing a rising trend.

As far as the health infrastructure for Covid care is concerned, Singh said the bed occupancy rate in the southern districts was found to be in the range of 40 to 60 per cent and in the northern districts, it was 70 to 90 per cent.

The bed occupancy rate for ICU and ventilator was quite high at 74 to 85 per cent in the most-affected Malappuram district, he added.

The bed occupancy rate was higher in the private sector and according to the available data for May, June and July, 25-30 per cent deaths occurred within 72 hours of hospitalisation, Singh said.

Up to 80 per cent cases were permitted to be in home isolation, but the guidelines for home isolation were not followed, the central team said.

"The absence of compliance to home isolation of suspects or cases and quarantine of contacts resulted in the inability to contain the infection. Intra-house transmission was high, often leading to clusters," Singh said.

The containment strategy relied on passive surveillance and pre-structured containment zone boundaries i.e. panchayats and the enforcement of guidelines regarding the number of people attending social and religious gatherings was lacking.

Singh said the prevalence of NCDs is almost 30 per cent and the sero prevalence is 44 per cent, which means 55 per cent of the state's population is still susceptible. There is a gap of around 20 per cent between Kerala (44 per cent) and the rest of the country (65 to 70 per cent).

There is a high proportion of elderly people in Kerala's population due to high life expectancy, which is contributing to the susceptible pool. Besides, there is substantial national and international migration.