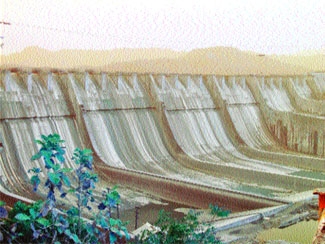 The Supreme Court on Monday expressed concern that increasing the water level in the 150-year-old Mullaperiyar dam may threaten lives of lakhs of people, specially in Kerala.

Heavy floods in Kerala have once again opened the gates of debate over water level to be maintained in the British-era Mullaperiyar dam, which has been a subject of persistent debate between Kerala and Tamil Nadu.

A bench of Justices AM Khanwilkar and CT Ravikumar on Monday asked both the two state governments to coordinate and find a solution considering that people’s “lives are at stake” from the water level in the dam located in Idukki district of Kerala but operated from Tamil Nadu.

Justice Khanwilkar retorted that states should have seriously interacted with each other and approached the Supervisory Committee, considering the seriousness of the issue involved. “This is something that has to be done seriously... This court should not be made into a political arena... It is because of inaction on your part that we are made to decide this here," he said.

It was considering two petitions from Kerala, seeking urgent action to restrict the water level in the dam, one filed by Idukki resident Joe Joseph and another by office-bearers of Kothamangalam block panchayat, expressing apprehensions over the supervision of the level of the dam located along the Periyar Tiger Reserve.

It directed the supervisory committee set up for the dam to take an immediate and firm decision on the maximum level that can be maintained at Mullaperiyar dam amid torrential rains in Kerala and fixed further hearing after two days.

On August 24, 2018, the court had agreed that the water level in the Mullaperiyar reservoir should be maintained two or three feet below the permissible limit of 142 feet till August 31 as an immediate precaution to guard against floods or other disasters.