A man has been arrested and another detained in connection with the incident.
FPJ Web Desk 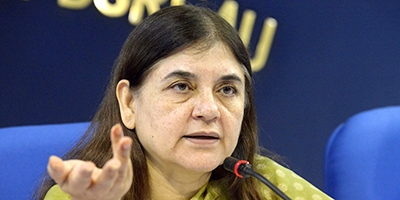 A Malappuram-based lawyer has filed a complaint against BJP leader Maneka Gandhi and others for allegedly indulging in a hate campaign against the district and its residents over the death of the pregnant elephant, reported ANI on Friday.

On Thursday, Advocate Subhash Chandran filed a complaint with Superintendent of Police, Malappuram seeking the registration of a first information report (FIR) against Gandhi and others.

Chandran alleged that the campaign against the district was very derogatory and with a malafide intent and that a group of people deliberately added communal colour into the incident, only to spread hatred against the Muslim-majority district of Malappuram.

Chandran, through the complaint, prayed to the district police chief to register an FIR against Maneka Gandhi and others under Section 153A, 120B etc. of the IPC. 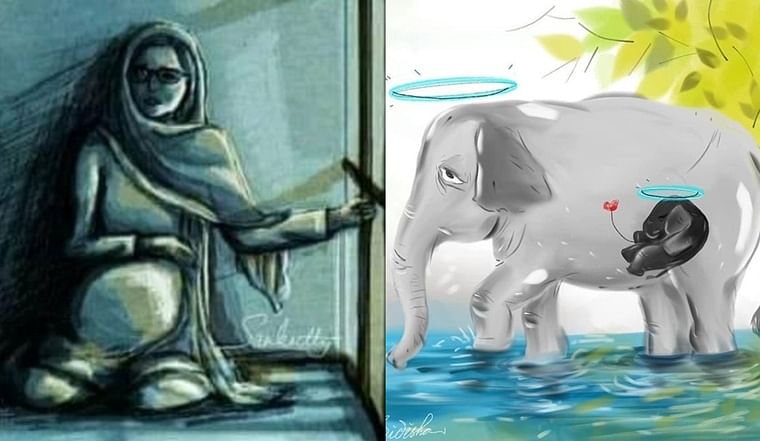 'Outrage for elephant but not a woman': Twitter reacts after pregnant Safoora Zargar denied bail

Maneka Gandhi, on Wednesday, had claimed that Malappuram is known for its “intense criminal activity” and it is "the most disturbed district in the country".

"Look at the crime rate in Malappuram. Communal conflicts are highest there. Malappuram is perhaps the most disturbed district in the country. Every day there is some incident or the other there. They have killed so many women they create Hindu-Muslim tensions, chop off people's arms," India Today quoted Gandhi.

"The situation in Malappuram is very scary. It seems as if the Kerala government is scared of Malappuram because it does not take any action. The weakest people in the administration are sent to Malappuram," she said.

"Mallapuram is know for its intense criminal activity specially with regards to animals. No action has ever been taken against a single poacher or wildlife killer so they keep doing it (sic)," she tweeted.

However, it was later understood that the pregnant elephant's death didn't take place in Mallapuram but in Palakkad district.

Meanwhile, a man has been arrested and another detained in connection with the incident. Kerala elephant murder: Shashi Tharoor says a lot of disinformation being spread; needs to be...