The drastic decision was taken after it was found that infection was spreading among the temple staff. The antigen test performed on 153 staff members produced 22 positive results on Thursday alone.
K RAVEENDRAN 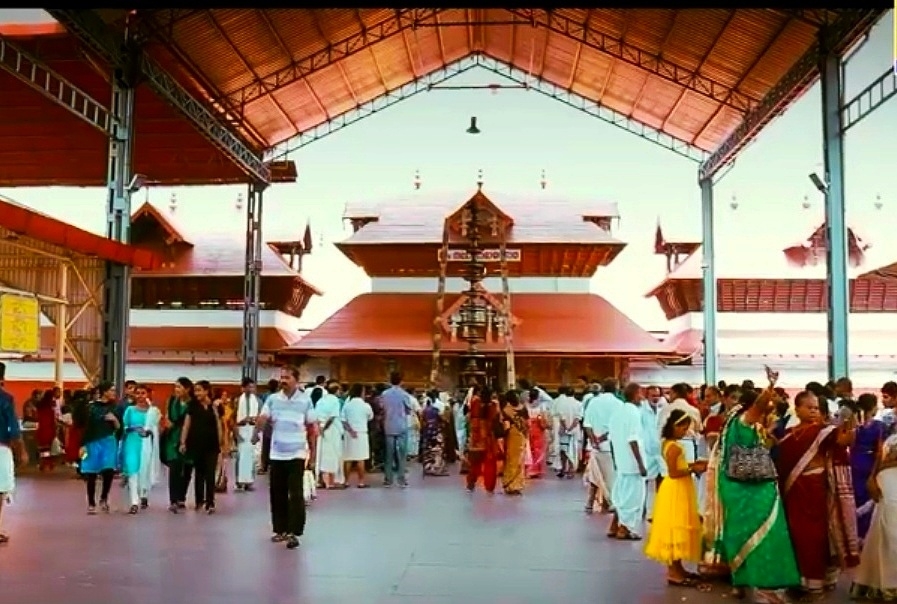 Thiruvananthapuram: The management of the famous Sri Krishna temple of Guruvayur on Friday decided to stop entry of devotees to the temple in the wake of a spike in the number of Covid patients among the temple staff.

As many as 46 staff members of the temple administration have been reported down with the disease and the entire temple area has been declared a containment zone. Daily pujas and rituals will be carried on as usual, but only Devaswom staff will be allowed entry.

The drastic decision was taken after it was found that infection was spreading among the temple staff. The antigen test performed on 153 staff members produced 22 positive results on Thursday alone.

Reports about the high rate of infection have been trending on social media for some days, with some reports suggesting that the head priest was down with Covid. But the temple administration denied this and threatened to take action against those who were carrying on such false propaganda.

But Friday’s decision showed that the fears expressed on the social media were partly true. While the temple had allowed entry of 1,000 people daily, hardly 500 used to turn up for darshan. Entry was allowed only to the periphery of the outer structure. But even that has now been stopped.

Recently, the temple also increased the number of marriages performed outside the temple, subject to a maximum of 10 relatives besides the bride and groom and strictly in accordance with Covid protocols.

The same is the case with Sabarimala, where darshan is allowed on the basis of online booking, with only 2,000 bookings allowed daily. But it has been found that many of those who had booked failed to turn up on the appointed day.

With about 25 days of the pilgrimage season already completed, a mini-rush was recorded at the hill shrine for the first time on Thursday, with devotees forming two lines of queue. In normal years, devotees have to stand up to 36 hours in the queue before they get access to the hill top.

There is hardly any flow of devotees from Kerala this season as most of the pilgrims are from Tamil Nadu, Karnataka and Andhra.

This has led to a virtual drying up of offerings at the temple. Compared to Rs 60 crore of earnings in the comparable period last year, which by itself was a lean season, this year, offerings received at the temple amount to just about Rs 3 crore, putting the finances of temple administrator Travancore Devaswom under severe strain.