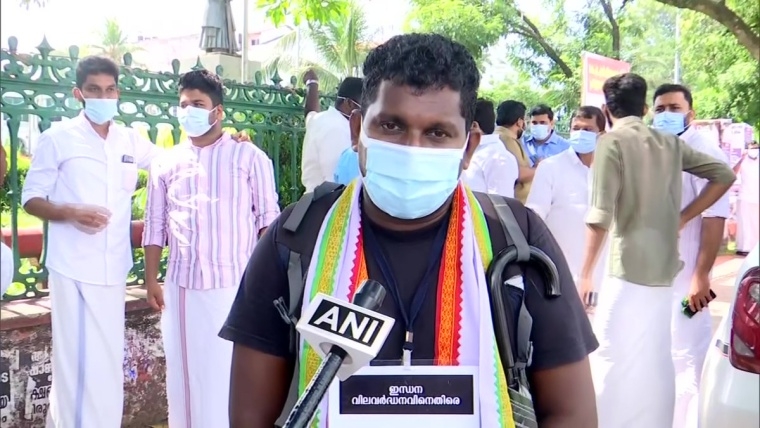 A Youth Congress leader from Kerala walked from Kasaragod, a northern district, to Thiruvananthapuram, the southern tip of Kerala to protest against the rise in the fuel price in the country.

Abin Thamarassery, the Youth Congress leader from Kozhikode walked across 14 districts for over one and a half months and reached the capital city on Wednesday.

Thamarassery said that he had recorded the struggle and woes of the common people in the state and compiled the videos, which will be submitted to Chief Minister Pinarayi Vijayan, Opposition VD Satheesan, and Governor Arif Mohammad Khan.

He told ANI, "I started my yatra on July 20 against the hike of fuel price in the country, walking across all the 14 districts. I have recorded the suffering and woes of people in the state and will submit the videos to the governor, the chief minister and the opposition leader." He further said, "The price of fuel is skyrocketing. An auto-rickshaw driver earns Rs 600 per day and he incurs Rs 300 on fuel. Several people have lost jobs due to the pandemic, including me. In this pen drive, I have recorded the struggle of all the people whom I met during my yatra." Kerala Opposition leader VD Satheesan met Thamarassery outside the secretariat after he reached Thiruvananthapuram. COVID-19 in Maharashtra: When is third wave likely to strike? Will we see a Kerala-like resurgence?...